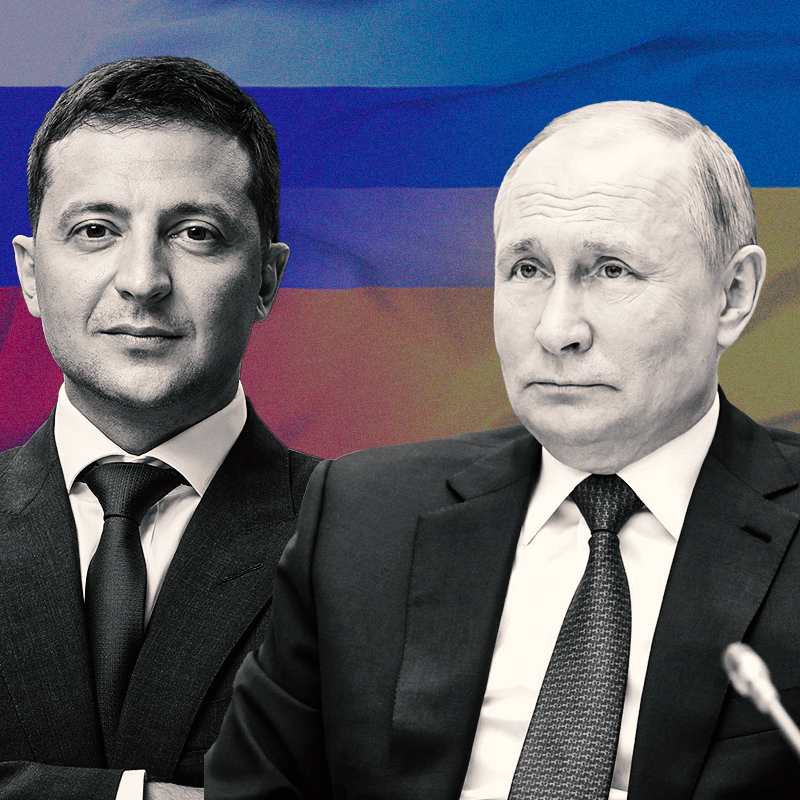 “Finland must apply for NATO membership without delay,” it added.

The Finnish government had recently submitted a report on national security in parliament, which mentioned joining NATO as an option.

Notably, public support for Finland to join NATO has also jumped from 30% to nearly 80% since the war.

The city sits close to the battlefields between Russian and Ukrainian forces in Kherson about 90 km south. Kherson has been under Russian control.

“They launch rockets, and in three minutes they are over our city,” Syenkevych said.

The frontlines have been largely frozen for two weeks and officials expect more aerial attacks, he added.

Russia is the “most direct threat to the world order,” von der Leyen said, calling the war in Ukraine “barbaric.”

She also said that Russia’s pact with China was “worrying,” further raising concerns over “their call for new, and very much arbitrary, international relations.”

The comments came after her talks with Japanese Prime Minister Fumio Kishida and European Council President Charles Michel in Tokyo.

Russian soldiers were seen shooting and killing two unarmed civilians as they walked away from an encounter on the outskirts of Kyiv, Ukraine, a video obtained by CNN showed.

The video is now being investigated by Ukrainian prosecutors among other alleged instances of war crimes committed by Russian forces in Ukraine since the invasion.

CNN identified the victims as the owner of a vehicle dealership that was looted and Leonid Oleksiyovych Plyats (68), who was employed as a guard there.

He was answering a direct question on Russia's plans regarding martial law.

Earlier on Tuesday, US Director of National Intelligence Avril Haines had warned that Russia may employ harsher means such as “imposing martial law, reorienting industrial production, or potentially escalatory military actions” to achieve success in the Ukraine war.

Russia does not want a war across the European continent, said Foreign Minister Sergey Lavrov, quickly adding a warning for western countries.

“If you are concerned about the prospect of war in Europe, we absolutely do not want this, but I draw your attention to the fact that the West constantly insists that Russia must be defeated in this situation. Draw your own conclusions,” Lavrov said.

Ukrainian President Volodymyr Zelenskyy appreciated America’s promise to deliver $40 billion worth of aid to Ukraine as the country faces an invasion by Russia.

Zelenskyy thanked US House Speaker Nancy Pelosi in the House of Representatives and also acknowledged the “friends” of his country.

The US House had approved a bill to send aid to Ukraine on Tuesday evening with 368 votes in favor and 57 against (all Republicans).

Hence, Synegubov urged the public to remain in shelters instead of rushing to liberated settlements.

"The enemy is insidious and is doing everything to hurt as many civilian Ukrainians as possible," Synegubov said.

Kharkiv came under heavy fire, he said, adding that "fierce battles” are ongoing in the region.

As many as 26,350 Russian troops have died since the country decided to invade Ukraine on February 24, the Ukrainian Ministry of Defence said.

Russia is “very worried” about counter-attacks in the Kharkiv region of Ukraine, said Vadym Denysenko, an adviser to Ukraine's Interior Minister, citing his country’s ministry.

Denysenko told Ukrainian television that Russia has gathered 20 battalion tactical groups in Belgorod, a city in Russia near the Ukraine border.

Russia has enough strength for another attack in Kharkiv, he added.

The authorities are assessing the damage from the strikes and no casualties have been reported so far, he said.

Sloviansk is one of the regions targeted by Russian forces as part of their updated strategy to focus on the eastern Donbas region.

The Ukrainian military has said that Russians are making attempts to scatter defenses near Sloviansk around Oleksandrivka and Shandryholove, which have seen intense fighting for roughly two weeks.

Russian President Vladimir Putin is preparing for a long-term war in Ukraine, US intelligence has warned.

It said that Russian and Ukrainian forces remain in a stalemate despite Moscow’s continued efforts to capture the east of Ukraine (Donbas).

Putin was still intending "to achieve goals beyond the Donbas,” Avril Haines, the director of national intelligence, told a US Senate committee hearing on Tuesday.

However, Putin "faces a mismatch between his ambitions and Russia's current conventional military capabilities,” Haines added.

The European Union has alleged Russia’s hand behind a massive cyberattack that affected a satellite internet network when the invasion of Ukraine had begun.

The cyberattack against Viasat's KA-SAT network had taken place in late February.

It had caused “indiscriminate communication outages and disruptions across several public authorities, businesses, and users in Ukraine,” the EU said.

It had also affected several EU member states, it added.

The United Nations has received reports of human rights violations that “may amount to war crimes” in Ukraine, said Matilda Bogner, the head of the UN human rights monitoring mission in Ukraine.

"Women and girls are the most frequently cited victims," Bogner said, adding that there have been reports of rape, forced nudity, and threats of sexual violence.

Since the invasion began on February 24, there have been 204 documented cases of enforced disappearance.

The bodies of 44 civilians were found in the Ukrainian city of Izyum, which had previously been occupied by Russian forces, a Ukrainian official said.

The bodies were found under the rubble of a five-story building that had been destroyed by the “occupiers” in March, said Oleg Sinegubov, the head of the Kharkiv regional military administration.

"This is another horrible war crime of the Russian military against the civilian population,” Sinegubov added.

At least 100 civilians remain struck in the Azovstal steelworks plant in the besieged Ukrainian city of Mariupol, said Petro Andryushchenko, an aide to the city's mayor.

Even so, the “density of attacks by [Russian] occupiers” has seen no reduction, Andryushchenko said.

Russia has notably been attacking the Azovstal plant for weeks.

However, Ukrainian forces inside the plant have refused to surrender.

The Russian Defense Ministry has said that the country’s forces have thwarted several “desperate” attempts by Ukraine to retake Zmiinyi or Snake Island in the Black Sea.

Over 50 Ukrainian soldiers have been killed during such attempts, said ministry spokesperson Igor Konashenkov.

Russia has shot down four Ukrainian warplanes, three Mi-8 helicopters, and one Mi-24 helicopter, he said.

"The bodies of 24 dead Ukrainian servicemen were left on the shore of Zmiinyi Island,” he said.

The articles were available for reading briefly before being taken down.

"Putin and his circle are doomed to face a tribunal after the end of the war,” the journalists wrote.

"Putin and his associates won’t be able to justify themselves or flee after losing this war."

Russian missiles reportedly struck a shopping mall and two hotels in the Ukrainian city of Odesa late on Monday.

The attack left one dead and injured five others, authorities said.

The streets had been largely empty at the time of the attack due to a curfew.

Russia used three hypersonic Kinzhal missiles that were shot from a plane, said Sergey Bratchuk, a spokesperson for the Odesa regional military administration.

The attack happened the same day the president of the European Council visited the city.

"Negotiations in the remote format have not been stopped," Medinsky clarified while speaking to Interfax news agency.

Face-to-face conversations between Russian and Ukrainian officials would need “more specifics on hand,” he said.

The two sides have not held in-person talks since March 29.