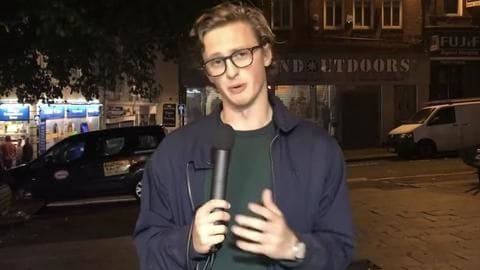 Max Fosh: Remember the name! The United Kingdom-based YouTuber recently became the world's richest person for a whole of seven minutes. Or at least that's what he claims. In short, he set up a new company, exploited a market capitalization loophole to have it valued at £500 billion, but had to soon close shop as he could be accused of fraud.

In a video shared on his YouTube channel, Fosh first established a company through an online portal. He mockingly named it "Unlimited Money Limited." He was then asked to share what the company's business was, so he chose: "Manufacturing macaroni, noodles, couscous, and similar farinaceous products." "I don't know what farinaceous means, but that's what the company does," he said.

He then decided the company would have 10 billion shares. "If I created and registered a company with 10 billion shares, and then sold one of those shares for £50, that would legally value my company at £500 billion, thus making me the richest man in the world, absolutely decimating my nearest rival Elon Musk," he explained in the video.

But Fosh soon realized that finding investors was no cakewalk. He opened a shop, complete with a table, two chairs, and paperwork, and tried to invite investors on a London street. After several rejections, a woman agreed to buy one share for £50. "On a whim, I feel like it's meant to be, and I will get something from it eventually," she said.

Dissolution
A rather short-lived fortune

The video then showed Fosh receiving a letter presumably from authorities, confirming his company's massive valuation. But there was a catch. It read, "Due to lack of revenue activity, there is a high likelihood...you are being accused of fraudulent activity. It is the reason we highly recommend Unlimited Money Limited is dissolved." That's what Fosh did. The £50 investment would be reimbursed, he said.

Reactions
And the video is a big hit

Fosh, who has over 6,45,000 subscribers on YouTube, garnered over 60,000 likes on the video. The comments section was also filled with some hilarious reactions. "The fact that you're worth so much money and still humbly make YouTube videos...Thank you for never forgetting where you came from," a user commented. "So when can we expect the release of Unlimited Money (TM) Pasta?'" another inquired.