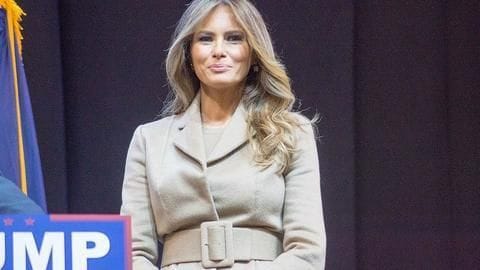 US President Donald Trump's ex-wife Ivana Trump referred to herself as the "first lady" in a recent interview. Trump's wife and the real First Lady Melania does not seem happy about this at all. Melania hit back at Ivana and described her comment as "attention-seeking and self-serving noise." How did this row between Trump's current and ex-wife unfold? Read on to know.

Information
Who is Ivana Trump?

Ivana is Donald Trump's first wife. She is also the mother of three of his eldest children: Donald Jr., Ivanka, and Eric. They got divorced in 1992 after Donald Trump reportedly got involved in an affair with American actress Marla Maples.

Details
What did Ivana Trump say?

In a recent ABC interview, the former Mrs. Donald Trump joked that she had a direct line to the president. She suggested that she doesn't contact him because she thinks Melania would be jealous. "Because I'm basically the first Trump wife, OK? I'm the first lady, OK?" she continued while laughing. Ivana also weighed in on other issues, including immigration and the Russia investigation.

During the interview, Ivana claimed that Trump consults her on his tweets. "Should I tweet? Should I not tweet?" Trump purportedly asks her. "I said, 'I think you should tweet'," she added. She adds that she encouraged Trump to use new technology to get thoughts across rather than speak to the New York Times "which is going to twist every single word of yours."

The first lady, who doesn't usually speak out against critics, responded to Ivana Trump with a sharply worded statement. Melania said she was honored to be the first lady and "plans to use her title and role to help children, not sell books." She said Ivana's comments were without substance and dismissed them as "attention-seeking, self-serving noise."

"I sent Melania the text, that the last thing I would like to do is say something bad about you, you know because you are family. And I don't say anything bad..... to a family member," she revealed in a more recent Fox News interview.