Rush Limbaugh, the voice of American conservatism, dies at 70 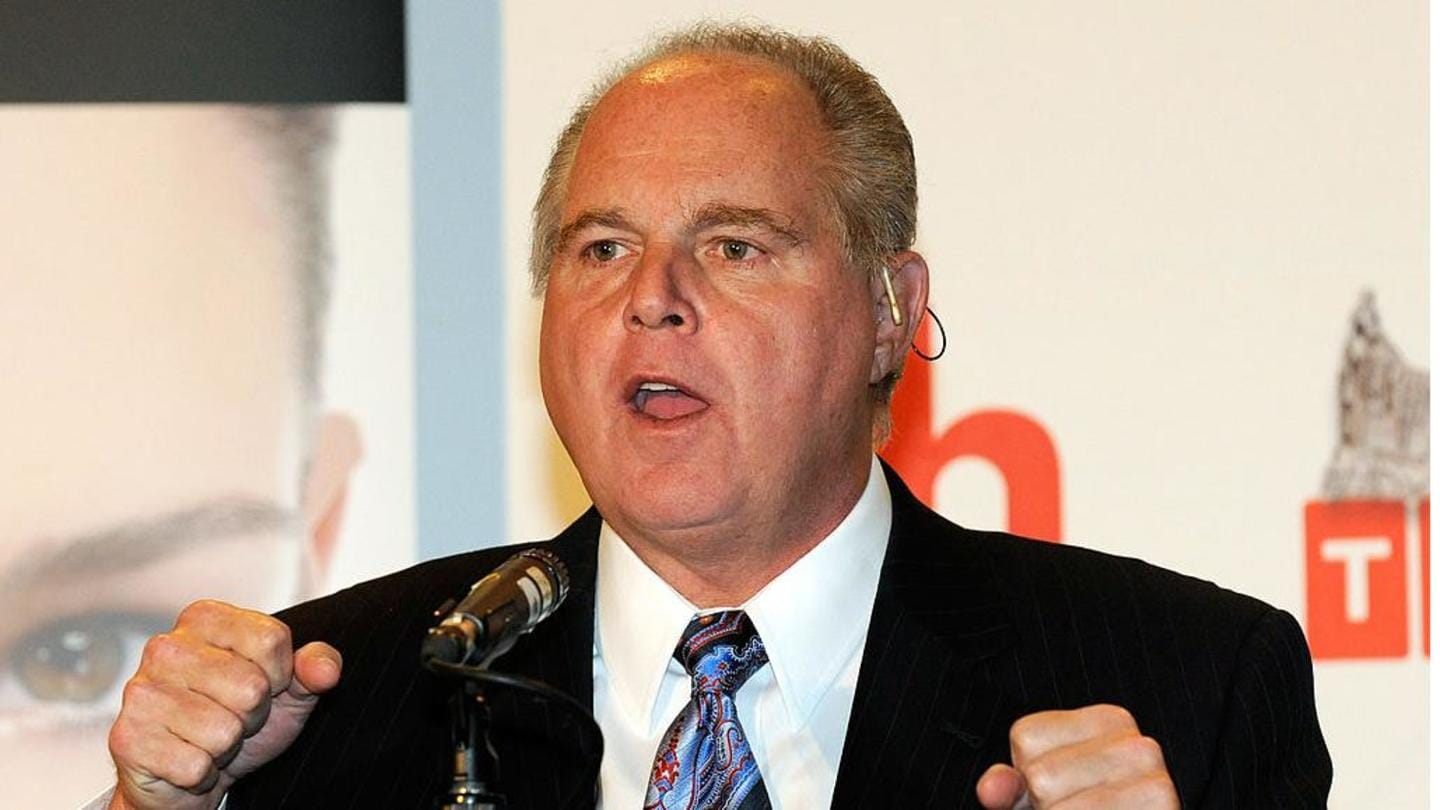 Rush Limbaugh, the talk radio host who ripped into liberals and laid waste to political correctness with a captivating brand of malice that made him one of the most powerful voices on the American right, influencing the rightward push of conservatism and the rise of Donald Trump, died on Wednesday. Limbaugh said a year ago that he had lung cancer.

In this article
Radio show 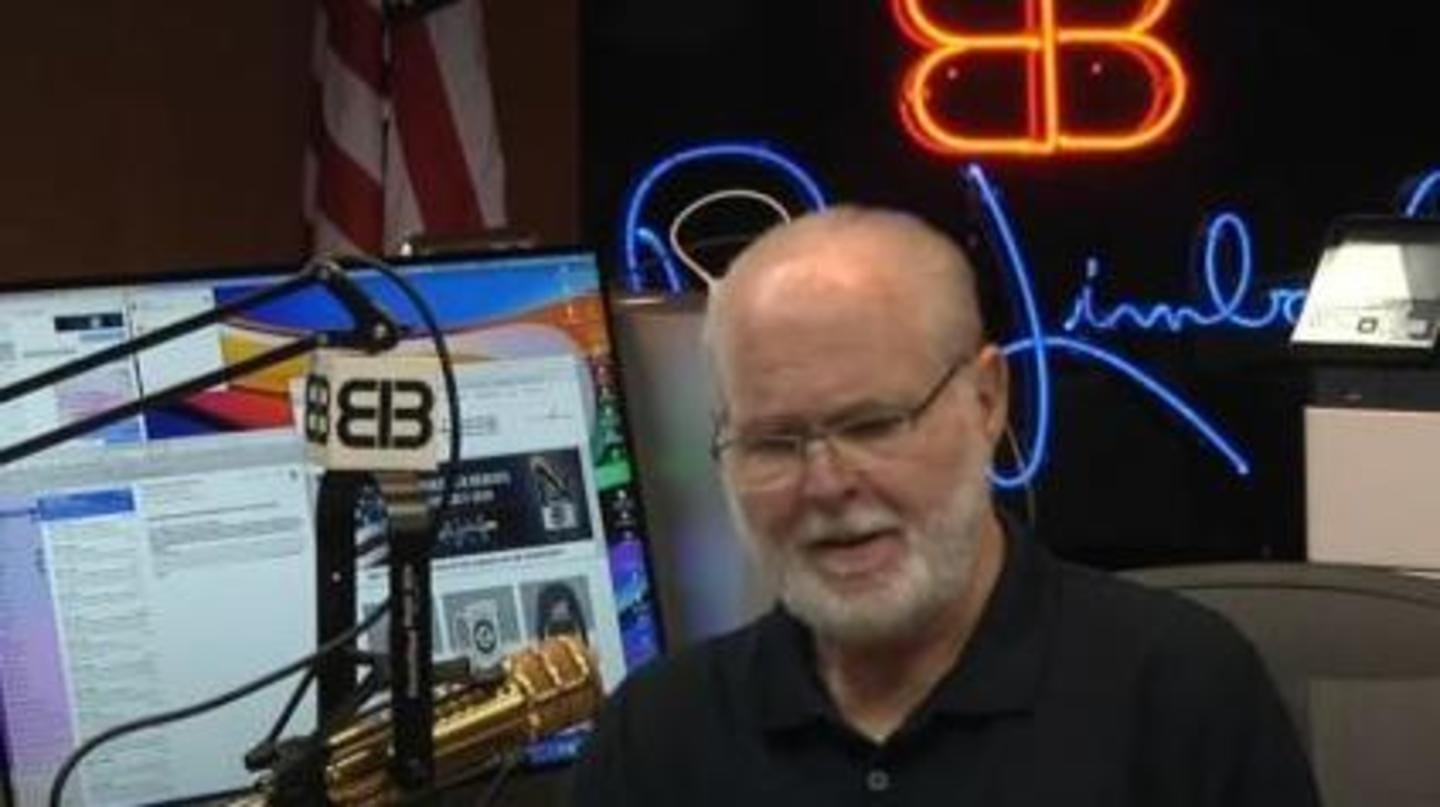 Unflinchingly conservative, wildly partisan, bombastically self-promoting, and larger than life, Limbaugh galvanized listeners for more than 30 years with his talent for sarcastic, insult-laced commentary. Limbaugh called himself an entertainer, but his gleeful rants during his three-hour weekday radio show broadcast on nearly 600 US stations shaped the national political conversation, swaying ordinary Republicans and the direction of their party.

He considered himself an engine of the conservative movement 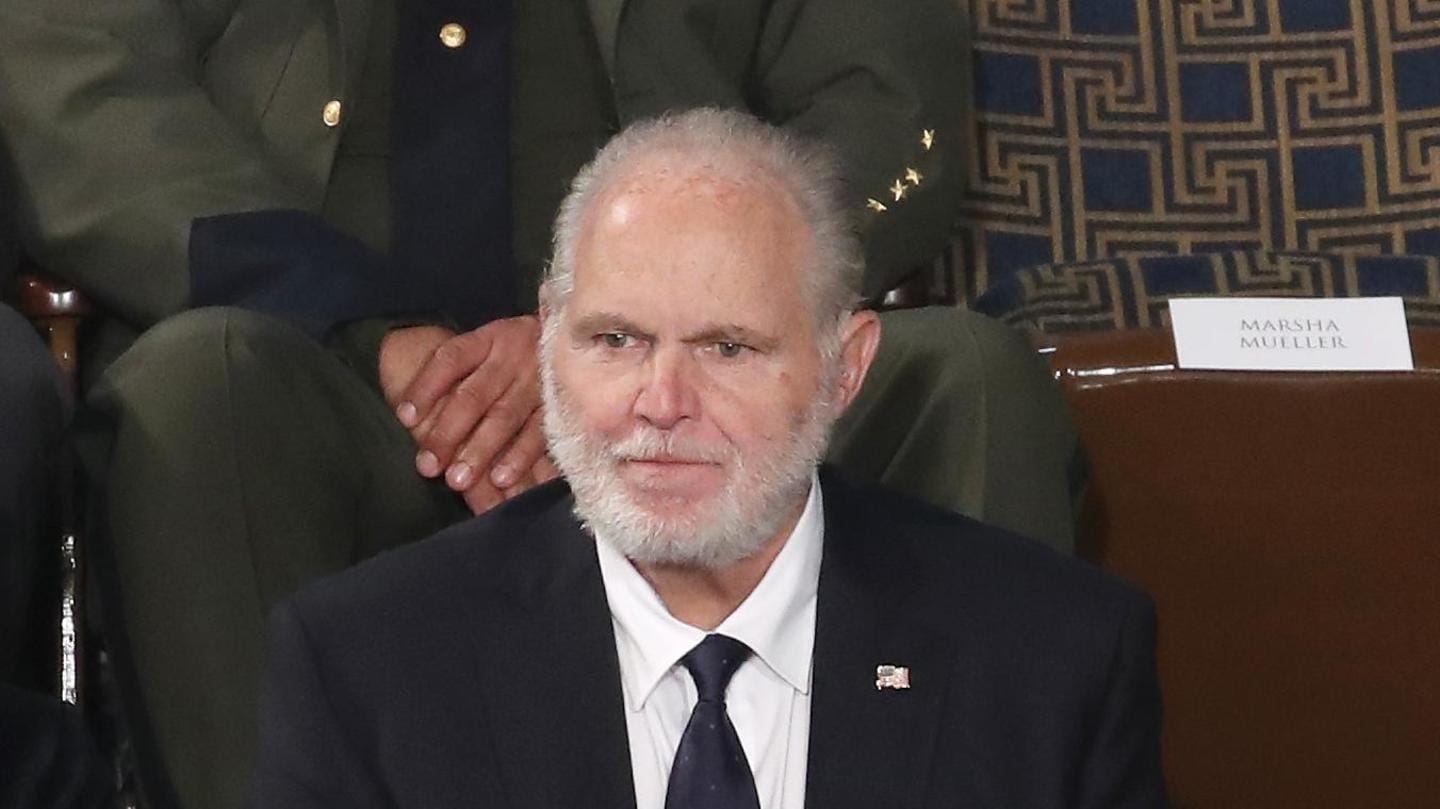 Blessed with a made-for-broadcasting voice, Limbaugh delivered his opinions with such certainty that his followers, or Ditto-heads, as he dubbed them, took his words as sacred truth. "In my heart and soul, I know I have become the intellectual engine of the conservative movement," Limbaugh, with typical immodesty, told author Zev Chafets in the 2010 book Rush Limbaugh: An Army of One.

This is how Limbaugh described himself 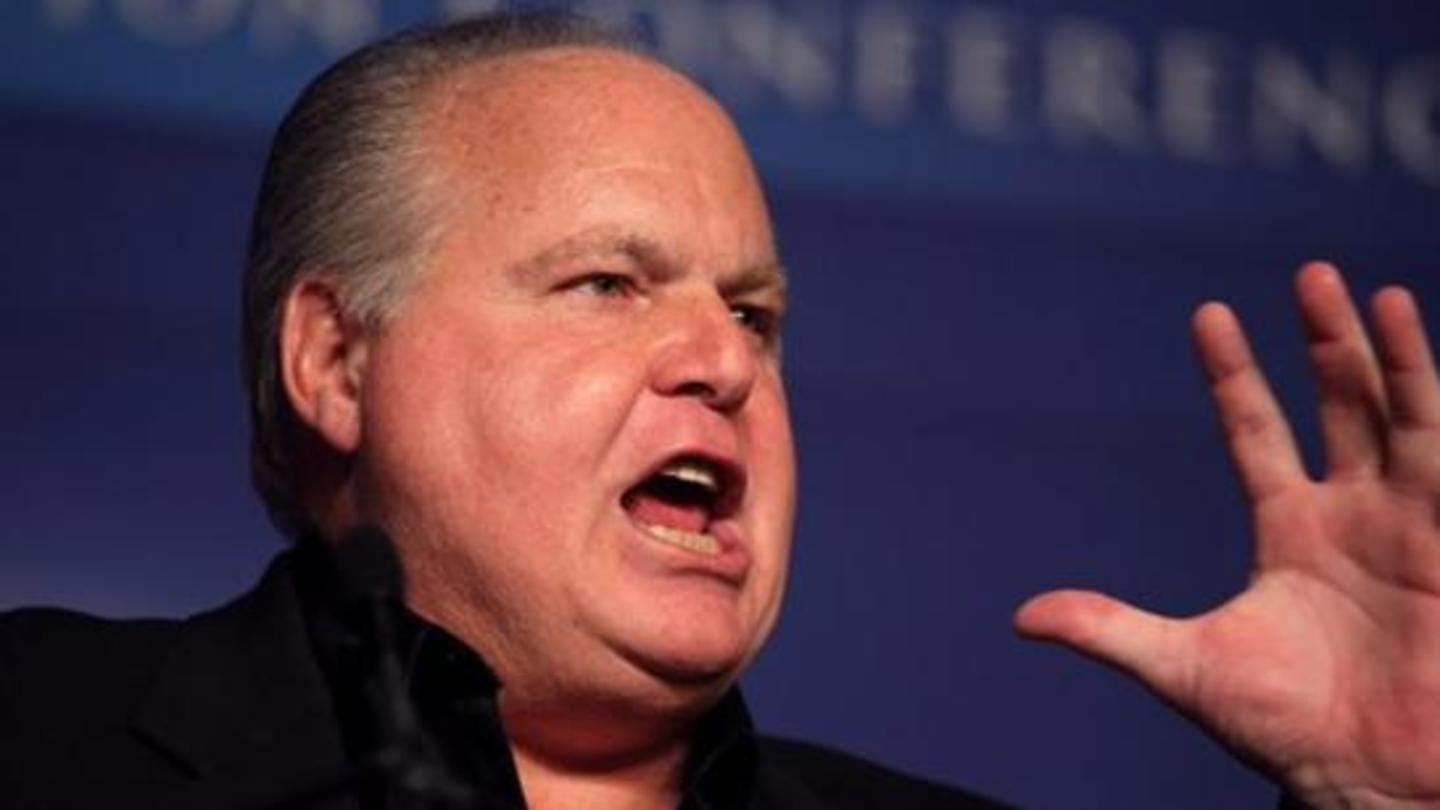 Forbes magazine estimated his 2018 income at $84 million, ranking him only behind Howard Stern among radio personalities. Limbaugh took as a badge of honor the title of the most dangerous man in America. He said he was the truth detector, the doctor of democracy, a lover of mankind, a harmless, lovable little fuzzball, and an all-around good guy.

Limbaugh lashed out against mainstream media

Long before Trump's rise in politics, Limbaugh was pinning insulting names on his enemies and raging against the mainstream media, accusing it of feeding the public lies. He called Democrats and others on the left communists, wackos, feminazis, liberal extremists, and radicals.

He passed controversial remarks mocking the disabled and the diseased

Limbaugh had claimed that he had talent on loan from God. When actor Michael J. Fox, suffering from Parkinson's disease, appeared in a Democratic campaign commercial, Limbaugh mocked his tremors. When a Washington advocate for the homeless killed himself, he cracked jokes. As the AIDS epidemic raged in the 1980s, he made the dying a punchline. He called 12-year-old Chelsea Clinton a dog. 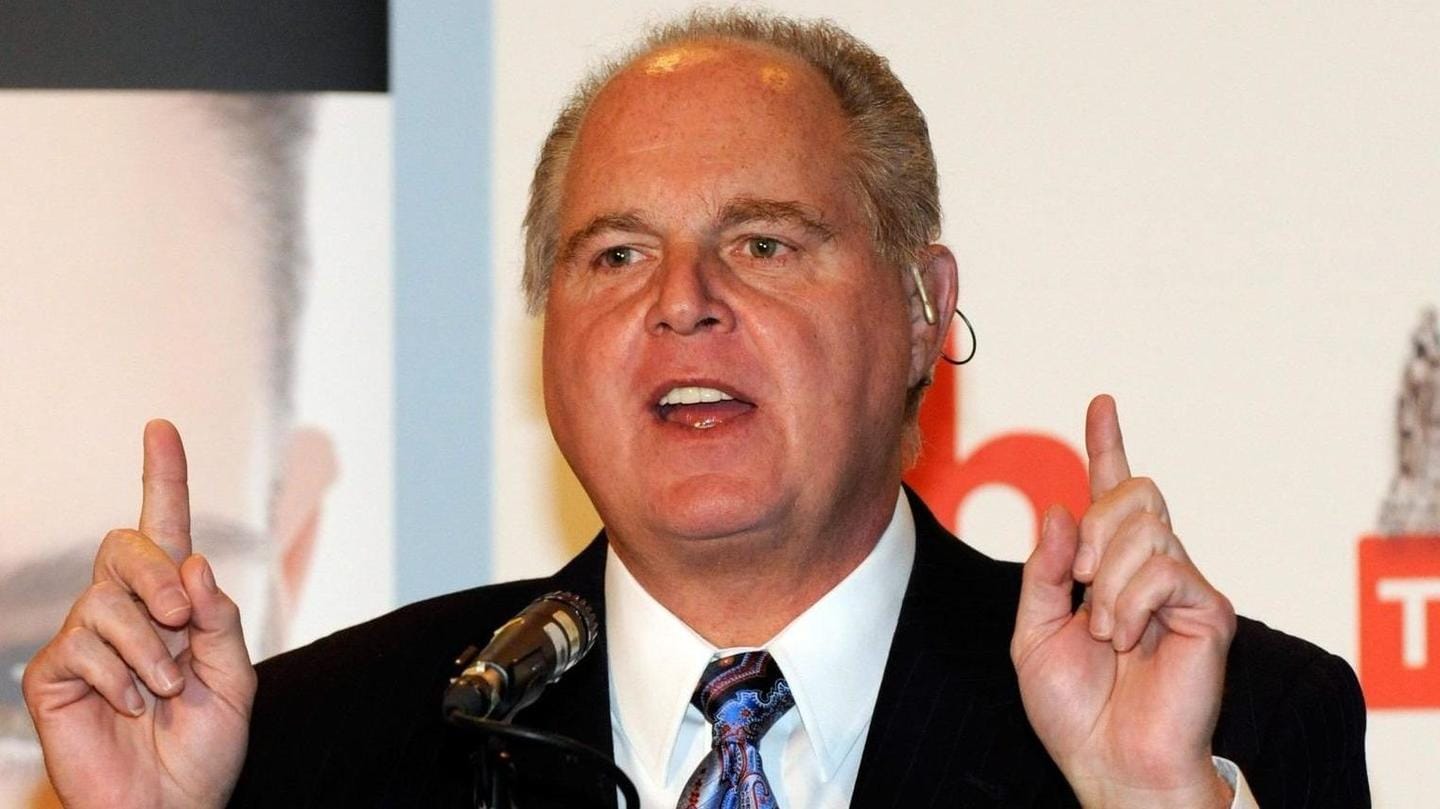 Limbaugh suggested that the Democrats' stand on reproductive rights would have led to the abortion of Jesus Christ. When a woman accused Duke University lacrosse players of rape, he derided her as a ho. When a Georgetown University law student supported expanded contraceptive coverage, he dismissed her as a slut. When Barack Obama was elected president in 2008, Limbaugh said, "I hope he fails."

Limbaugh once made racist remarks against Obama

Limbaugh was accused of bigotry and racism for playing the song Barack the Magic Negro on his show. The lyrics, set to the tune of Puff, the Magic Dragon, describe Obama as someone who makes guilty whites feel good and is black, but not authentically.

Reagan once called him the number one voice for conservatism 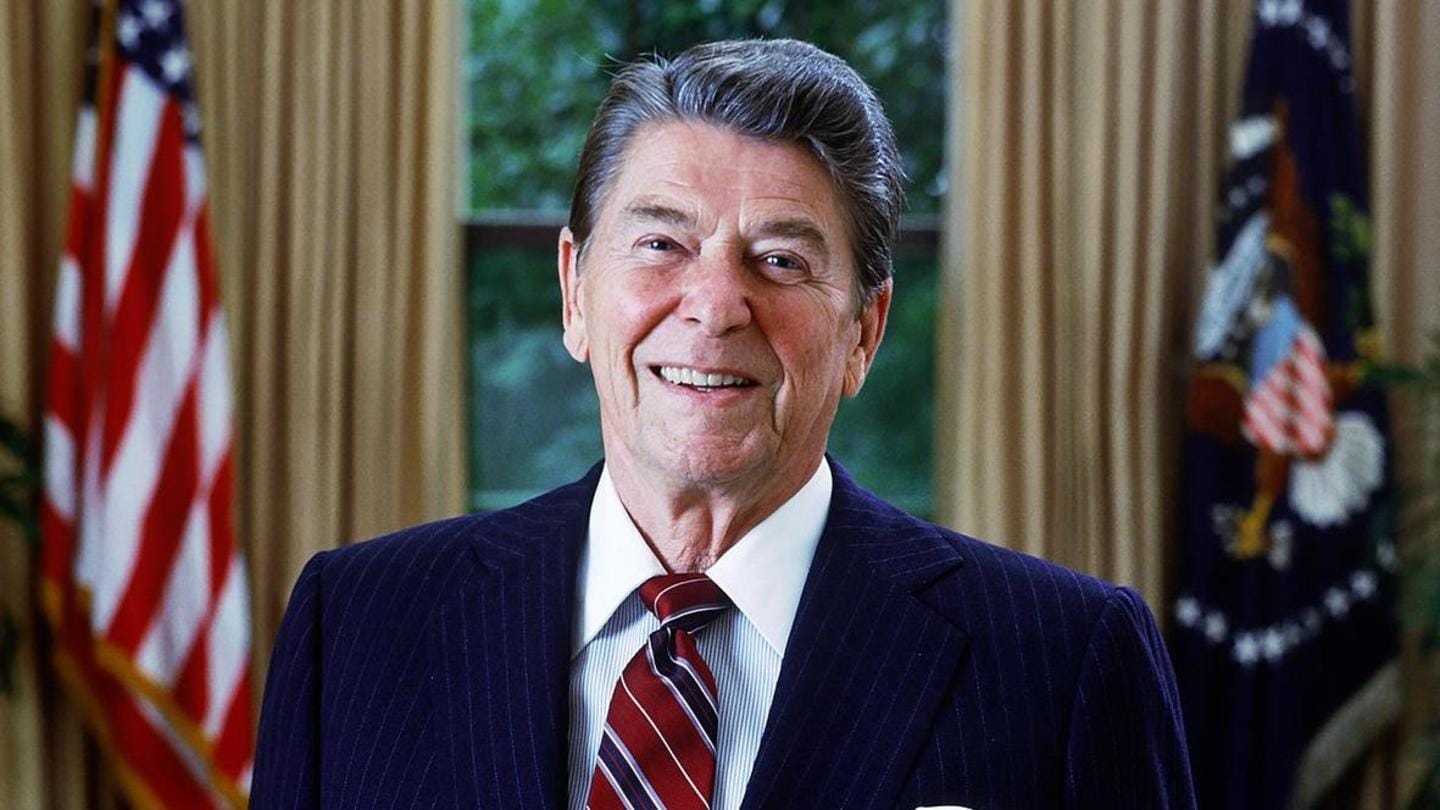 His idol, former US President Ronald Reagan, wrote a letter of praise that Limbaugh proudly read on the air in 1992: You've become the number one voice for conservatism. In 1994, Limbaugh was so widely credited with the first Republican takeover of Congress in 40 years that the GOP made him an honorary member of the new class. 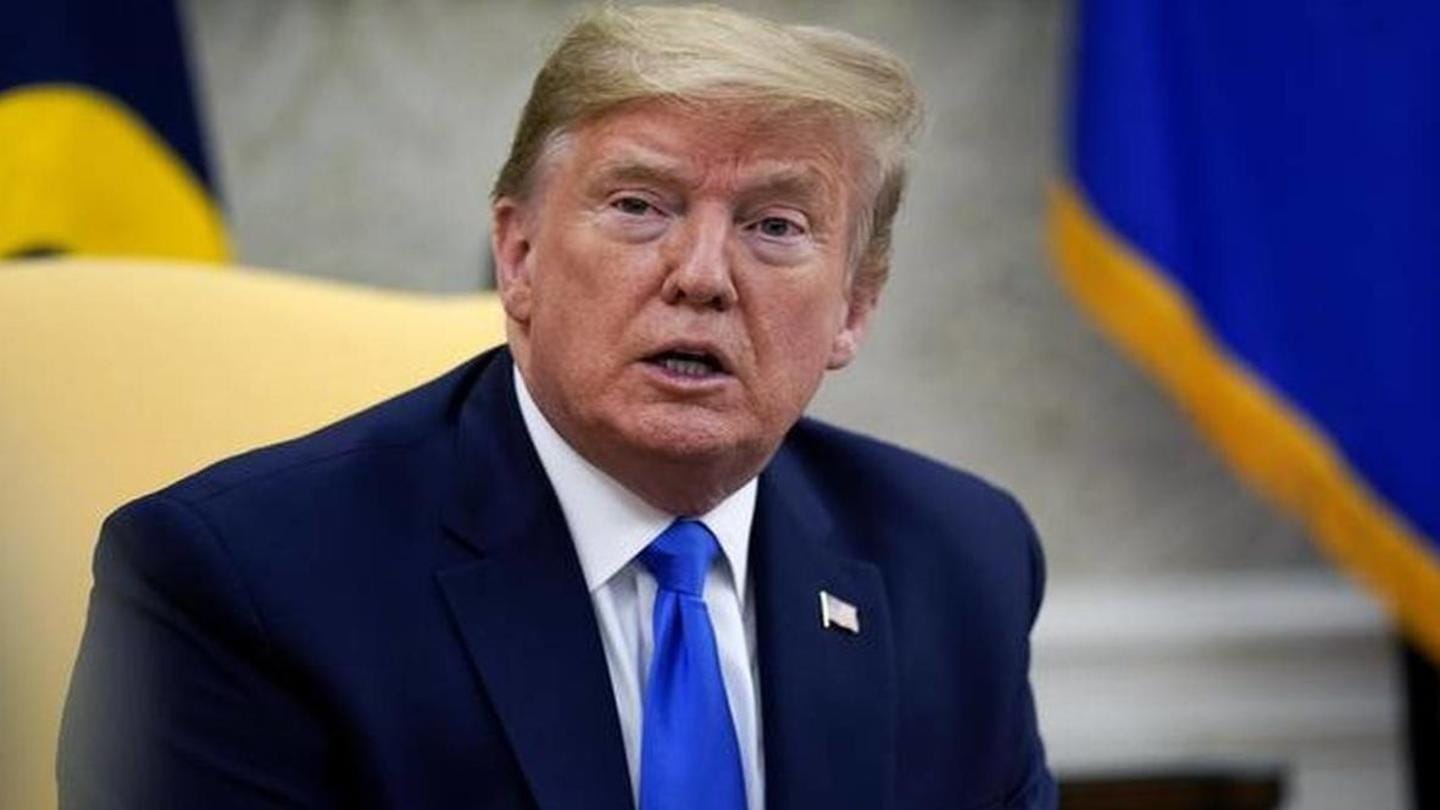 During the 2016 presidential primaries, Limbaugh said that he realized early on that Donald Trump would be the nominee, and he likened Trump's deep connection with his supporters to his own. In a 2018 interview, he conceded Trump is rude but said that is because he is fearless and willing to fight against the things that no Republican has been willing to fight against.