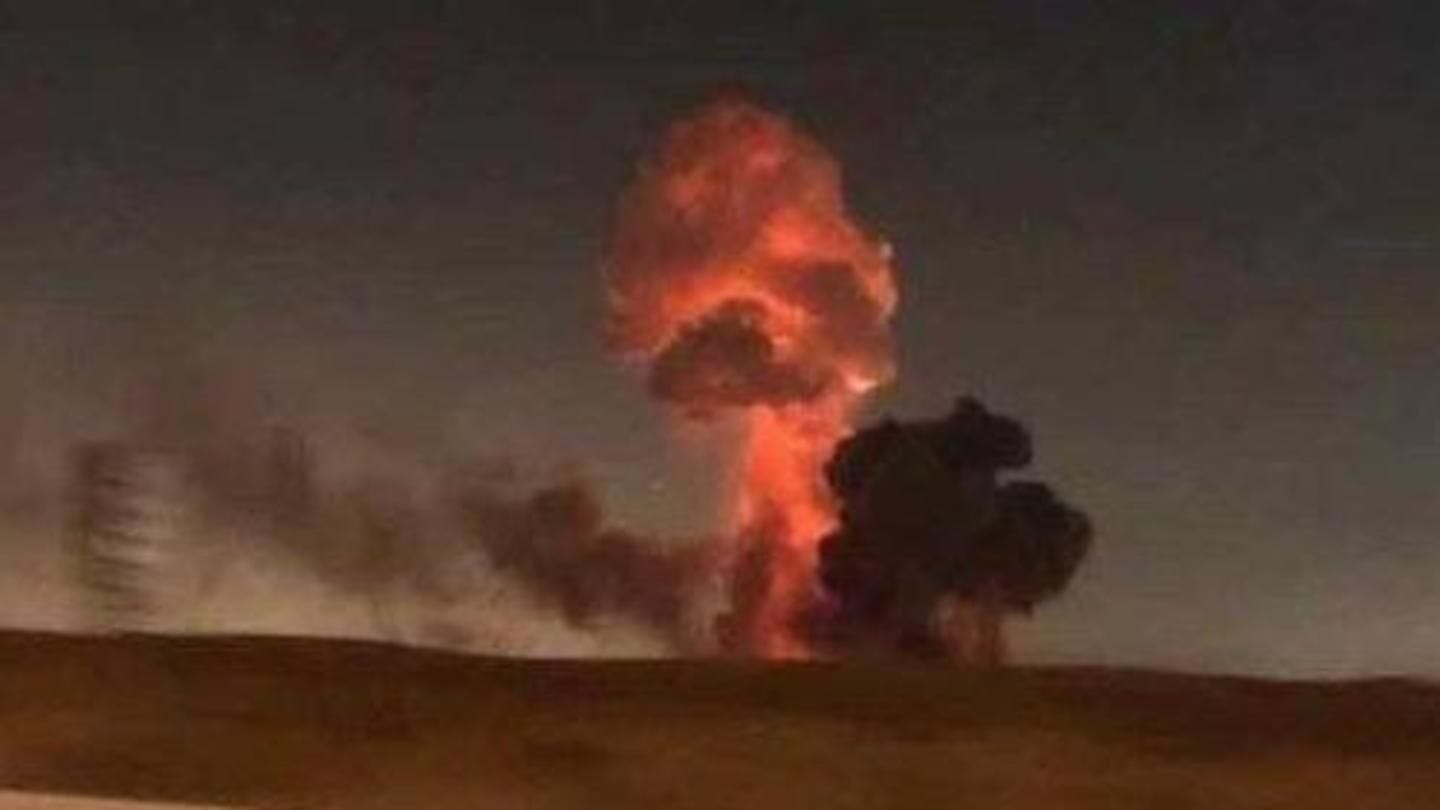 In Ukraine, explosions at an ammunition depot have led to the evacuation of nearly 10,000 people from the Chernihiv region on Tuesday. According to authorities, thousands were moved from the area, about 176 km away from the capital Kiev. No casualties have been reported yet. Prime Minister Volodymyr Groysman tweeted accommodation will be provided to evacuated locals and emergency agencies are handling the situation.

In this article
What hapened

A massive detonation at ammunition depot followed the blast Reportedly, the blast occurred at around 3:30 AM local time. The explosion led to the ammunition's massive detonation. The statement by the emergency services read, "About 10 thousand people were evacuated. From 04:22 am (0122 GMT) the airspace within a radius of 20 km has been closed. The movement of rail and road transport is suspended." The armed forces head is at the spot.

In recent years, there have been major fires at ammunition and weapons depots in Ukraine. The country has been fighting Russia backed separatists since 2014. Last year, explosions at a military depot in the Vynnytsya region had led to the evacuation of 24,000 people.