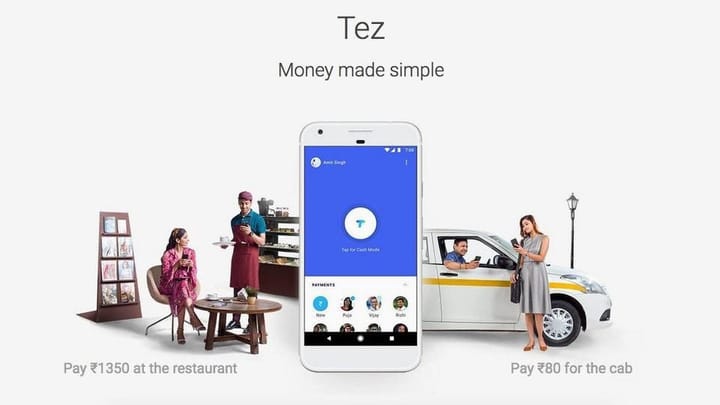 Google's Tez payments platform now allows users to pay utilities and several other bills in just a few taps through the Tez app. The company said Tez users need not hop around to multiple offices or jump between apps to pay their bills. Tez app now has support for over 80 billers, including national/state electricity, gas, water, and TV/Internet service providers. Here's more.

Paying your bills could be much simpler: Google

"Tez is adding a specially designed experience that lets you pay your bills in seconds. We've designed bill payments to be the most convenient way to manage life's expenses," wrote Google Next Billion Users Vice-President (Payments & Commerce), Diana Layfield, on Google India blog.

How to make bill payments via Tez app?

Tez users can add new billers by selecting "Bill Payments" under "New Payment" tab on the app. Once they click on "Pay Your Bills," a list of Tez-supported billers will be displayed. They can also search for billers by name. After choosing a biller, they can provide required details and link it to Tez and also give it an easy name to remember.

Google Tez can also fetch users' new bills (for most-recurring utilities) and send timely notifications when they arrive to keep them reminded. Users can check whether they have paid the bills by clicking on the biller's name on the Tez app's home screen. They can also view all their previous payments grouped by biller names and even manage bill payments from multiple accounts.

Tez users can pay bills with ease for over 80 organizations, including national/state and private service providers. Google said it would add new organizations to the list every day and cover all the states and metro cities in India. Some billers on Tez's list include BSES, Reliance Energy, and DishTV among others. It supports Bharat BillPay system that lets users fetch latest bills.

While rolling out the major update, the bill payments service, to its Tez app, Google also announced an exciting launch offer for bill payers. The company said that for every new biller the Tez users pay this month (February), they will be issued a scratch card. It added that the users could win up to Rs. 1,000 with the scratch card.

Google Tez allows users to pay directly from their bank accounts without a need for creating separate accounts or reloading wallet. Its "Cash Mode" enables users to send/receive money to nearly Tez users without sharing bank details or mobile numbers. The UPI-based payments service debuted in Sep'17. It has garnered massive popularity in the recent months; it had 12mn users as of Dec'17.