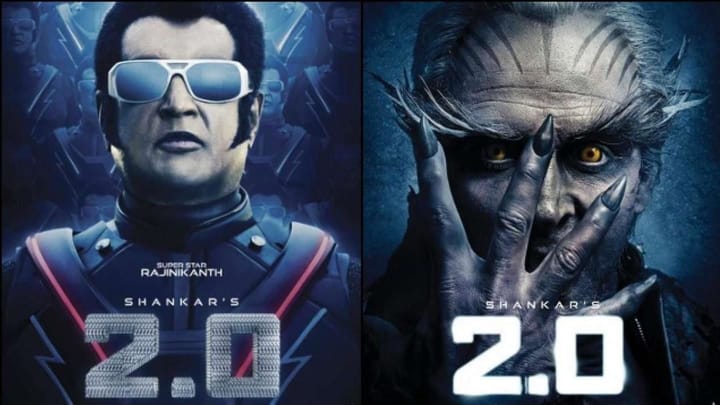 Finally, the wait is over! The auspicious occasion of Ganesh Chaturthi has brought with it the release of the much-awaited teaser of Rajinikanth-Akshay Kumar starrer '2.0'. The movie is the sequel to Rajinikanth's 'Robot' and has been one of the most anticipated movies of the year. '2.0' also features Akshay Kumar as the lead antagonist which has added to the excitement of the movie.

'2.0' is a fight between Chitti and Crow Man

The teaser begins with an unusual havoc created by the murder of crows and swirl of mobile phones. And before we could figure out what's happening, comes Akshay as menacing Crow Man, who is here to destroy the world. This is when Rajinikanth returns as Chitti to save the world. So, it is the ultimate showdown between a supervillain and super-robot.

In this teaser of one minute and 30 seconds, Akshay got the screen-time of barely a few seconds. But Khiladi Kumar managed to leave a lasting impact as Crow Man. '2.0' has been a challenge for Akshay as he will be sharing the screen space with Rajinikanth for the first time. Besides, he is playing a negative role after 16 years.

Extravagant VFX is a visual treat for the audience

'2.0' is not just about Chitti v/s Crow Man, but it is also about the spectacular VFX effects. The gigantic crow in the teaser does send a chill down the spine. Doesn't it? It was just a glimpse of the VFX wonders in the movie. Notably, '2.0' is a culmination of efforts of 3,000 technicians from across the world.

Karan Johar and AR Rahman are also part of '2.0'

Notably, Karan Johar's Dharma Productions has acquired Hindi rights for the movie, which means the magnificent film will see a wider release. If the team of actors and producers weren't enough, maestro AR Rahman has worked for the music in this movie. The cast is great, the team behind the movie stupendous. We surely can't wait for the movie to release. Can you?