AIB's video with kids exposes dark side of Karni Sena 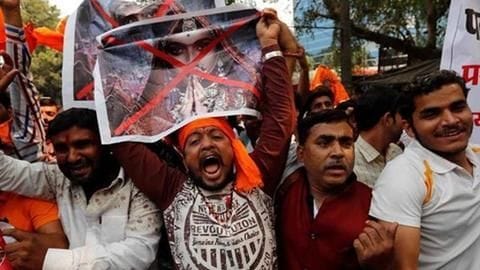 Karni Sena has been opposing 'Padmaavat' with all their might. After SC ordered the movie should release smoothly, they hit a new low by attacking a school bus. On January 24, miscreants attacked a school bus in Gurugram and later Karni Sena denied its involvement. While everyone turned a blind eye to it, AIB made sure it didn't. Here's their 'Ode to Karni Sena.'

To commemorate the Rajput valour of Karni Sena, comedy group 'All India Bakchod' released a video starring school kids, to put a point across. As kids mouth, "After all we're only children, we do not have a vote", in the video and happily dance to the lyrics that explains the incident, one cannot help but be ashamed of the condition of the nation.

Quote
The lyrics holds a black mirror to the society

'Tragedy me comedy'
How All India Bakchod asks the important questions

AIB was started by Gursimran Khamba and Tanmay Bhat; and Rohan Joshi, Ashish Shakya joined later. In all the years of its existence, AIB has taken it upon itself to bring to attention topics which matter. Whether it was their take on demonetization circus, or a year in review, AIB brings humor in politics, and it is impossible to ignore it.

All India Bakchod, however, is not all about politics. The group has released videos that are informative and entertaining at the same time. Their video 'A woman's besties' made it possible to view women sexuality with a new lens, another video called 'Honest Campus Placements' revealed what happens when companies visit. When many refuse to ask questions, AIB shows it's important in a democracy.