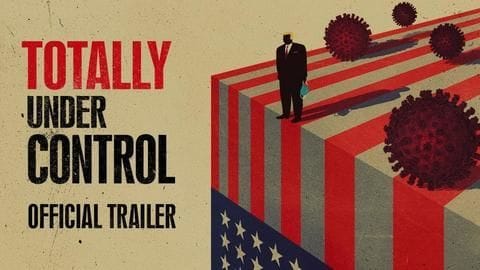 Many a filmmaker has tried their hand to portray the grave and relentless dangers of the coronavirus pandemic. Alex Gibney, however, is doing something specifically interesting and different. The director, who has won an Oscar for Taxi to the Dark Side, has made a film that shows how badly the USA and its government (to be specific) have messed up the COVID-19 rehabilitation plan.

Details
The sarcastic and cheeky title is also Trump's line

The film Totally Under Control derives its title from US President Donald Trump's claims about the far-reaching effects of coronavirus. During an interview, Trump was asked if the government is doing all it takes to control the virus, to which he replied that he has it "totally under control." The sarcastic and cheeky title eggs viewers on to keep watching its terrifying trailer.

Video
Trailer shows terrifying negligence exercised by the US government

The trailer shocks the viewer with the first-person narratives of US scientists, who claim to have known the COVID-19 control roadmap all along, but "leadership would not do it." The following scenes show how Trump has been turning a deaf ear to worsening concerns about the virus from all quarters. The trailer maintains that the film "was made in secrecy over the last five months."

What else
US should have followed South Korean healthcare protocols

Sharing a clip from the film exclusively with Huffington Post, Gibney made a strong point about how the US government could have done a way better job if only they had followed the South Korean healthcare protocols. It shows how the top health officials of the Asian country summoned representatives from several companies on January 27 to initiate a national testing program.

More
Focus: 'On the early days, particularly the first 100 days'

Talking to the publication, Gibney said the film captures COVID-19 safety protocols in America "on the early days, particularly the first 100 days...when things could have been different." Released by Neon on October 13, just weeks after Trump contracted COVID-19, Totally Under Control, as per Gibney, would help people decide if the Trump administration was competent enough to respond to the pandemic effects.

Personal
Could the release be a poll strategy, motivated by politics?

The film releases less than a month before the US presidential elections are about to happen. Gibney's political affiliation is unconfirmed, but he criticizes Trump even as a businessperson. "Every business he touched withered and died and he would always leave someone else holding the bag," he said. Nevertheless, public opinion might prove if his perspective through the film harbors any hidden political agenda.