When Hina Khan was roped in to play Komolika in Kasautii Zindagii Kay, she got the nation buzzing with her drop-dead appearance. However, her stint as the vamp was short-lived, as she recently quit the show owing to her other professional commitments. Amid the speculations of who would be replacing her, it's reported that actress Alisha Panwar has been roped in for KZK.

Replacement
Given her experience, Alisha considered a perfect choice for Komolika

According to media reports, ever since Hina announced her exit from KZK, several actresses were being considered for Komolika's role like Anita Hassanandani, Krystle D'Souza, etc. However, it seems Ishq Mein Marjawan actress Alisha has bagged the role. Reportedly, the makers found her to be the perfect choice for Komolika's grey character, as she is already portraying one in her show on Colors. 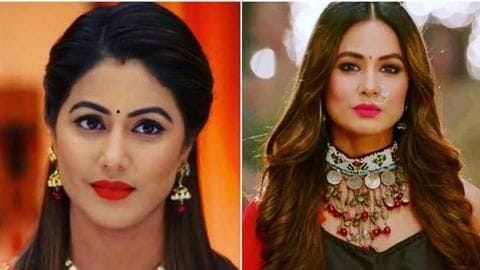 To recall, Hina playing a grey shade for the first time onscreen came as a breath of fresh air, as she was known for her sanskari bahu image. She got her share of fame with Yeh Rishta Kya Kehlata Hai where she played the perfect bahu Akshara. She was also seen on Bigg Boss 11, but KZK marked her comeback on small screen.

Reason
Hina left 'KZK' for Bollywood, to feature in 'Lines'

Hina's fans are definitely disappointed as she quit KZK, but if reports are to believed she left the show for her Bollywood plans. Hina will be making her big Bollywood debut this year with Hussain Khan directorial Lines. The movie also features Rishi Bhutani and veteran actress Farida Jalal in key roles. Reportedly, Hina will not be seen on the show post-March.

Return
Will be back whenever I'm required, Hina had said earlier

Interestingly, Hina, while talking about her exit earlier, had stated that she's taking a short break from Kasautii Zindagii Kay and is willing to return as and when required. "I'll be back on the show whenever I am required. In the earlier season too, the track would change and Komolika would take a break and come back," the actress was quoted saying earlier.