Daredevil Season 3 : All you need to know 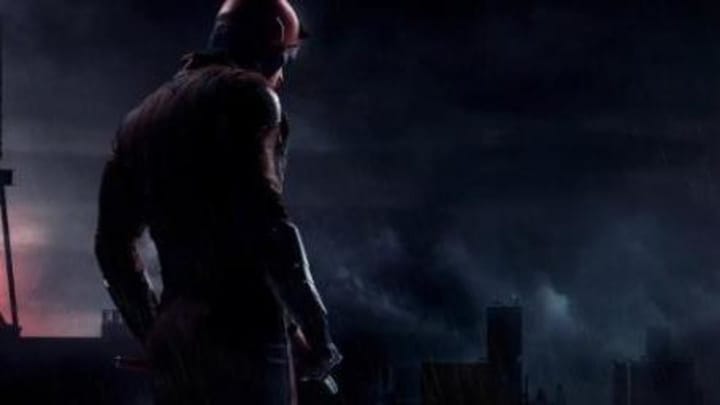 Daredevil will return for the third season to Netflix on October 19, 2018. The makers released its latest trailer recently, and it shows the Devil of Hell's Kitchen, back to his vigilante ways. Praised for its earlier dark and gritty take, it shows Matt Murdock returning to his roots and questioning his beliefs as a person and as a hero. Here are finer details.

Raise a little hell of your own

Season 3's trailer shows Matt grappling with the morals of being a hero. It appears that his values have changed as he realizes that attempts to help people are futile as 'darkness only responds to darkness'. Making things worse, Wilson Fisk, aka Kingpin is released from prison and decides to frame Matt as a public enemy. He even recruits a Daredevil imposter.

Matt was last seen in the Defenders, presumed dead. However, the season's end actually showed Matt recovering in a religious place. This raised theories that Matt's mother, a nun, would feature in Season 3. However, we see Matt identifying more with his Daredevil alter-ego than his lawyer persona. At odds with his faith in God, Matt struggles with a physical, emotional and spiritual breakdown.

An old foe returns and so does the action

The third season will see Fisk slide more into his role as Kingpin. Swearing vengeance on Daredevil for imprisoning him, Fisk recruits a faux-Daredevil to terrorize people and turn public opinion against the real hero. Notably, Season 3 will see Kingpin in his trademark white suit. The new season also promises excellent action sequences that the previous seasons were famous for.

Hitting the 'bullseye' in the new season

The fake Daredevil that Fisk recruits, signals the entry of Daredevil's archnemesis. Netflix has confirmed that Wilson Bethel will play the part of Benjamin Poindexter, one of the several names, of dreaded assassin Bullseye. Known for his professional ruthlessness and ability to turn almost anything to a weapon, the trailer shows Matt face Bullseye in one scene. The fight is getting serious for Matt.

A homage to Frank Miller

One iconic scene in the trailer is when Daredevil points a gun. Fans are unaware at this point of the trailer that this is the fake Daredevil. Nonetheless, the scene itself is a homage to Frank Miller's 1982's Daredevil. In the run-up, Daredevil had turned to darkness and shot Frank Castle's Punisher. The homage is apt since Season 3 shows Matt grappling with darkness.

The night is dark and full of terrors

The new season promises to explore the hero's dilemma they have been building over two seasons. Season 1, saw him becoming the hero. Season 2 saw Matt's struggle with values as he encountered Punisher, and was forced to accept his violent tendencies. Season 3 will refocus on Fisk-Matt's enmity as Matt willingly embraces the darkness. Will he return to light? Only time will tell.