Anti-plastic song by Kirkire, Shaan screened at the United Nations 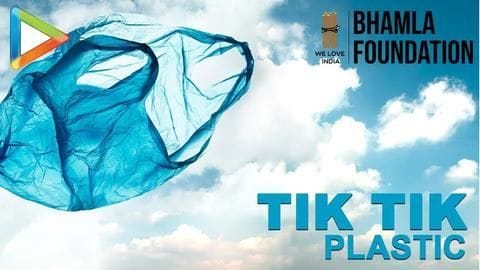 'Tik Tik Plastic Tik Na Paye Re', a song penned by noted lyricist Swanand Kirkire and composed by singer Shaan was screened at the United Nations in New York as part of its anti-plastic campaign. Various artists lent their voices to the "anthem", produced by Mumbai-based NGO Bhamla Foundation. The UN earlier declared "Beat Plastic Pollution" as the theme for World Environment Day 2018.

Information
Top Bollywood artists lent their voices to the song

Statement
The head of Bhamla NGO has to say something

The music video aims to raise awareness about the UN's theme for this year to check plastic pollution, the NGO's head, Asif Bhamla, said. "We decided to have a musical number in the form of video so that maximum number of youth get attracted towards the cause," he said. For the first time an Indian campaign reached the world's largest diaspora, he added.

The Union Environment Ministry had earlier asked the NGO for its video to be exhibited on June 5, World Environment Day, at the Vigyan Bhavan in Delhi in the presence of PM Narendra Modi. The Bhamla Foundation, which has been working for over two decades for children with special needs and to fight various diseases, had received the 'Green Crusader' award after the programme.