Teaser for the all-new 'Oonchi Hai Building' is out! 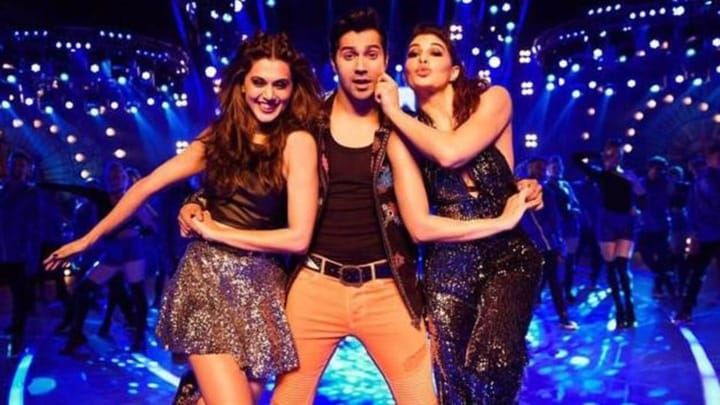 The teaser of a second song from 'Judwaa 2', a remake of the 1990s Salman Khan entertainer, was released today. Varun Dhawan, Tapsee Pannu and Jacqueline Fernandez are seen in sizzling hot avatars in the 13-second teaser for the hit "Oonchi Hai Building". Earlier, the making of another track, "Chalti Hai Kya 9 se 12", was released to much fanfare.

Now we know at least two hits would be remade 'Judwaa 2' is the 44th film of David Dhawan, who was also the director of the 1997 original starring Salman Khan, Karisma Kapoor and Rambha. Yesterday, they released the making of the song 'Chalti Hai Kya 9 se 12'. Tapsee seemed to be rocking; "When they started shooting, everyone was like Varun no no you're going wrong, Jacqueline you're going wrong," Varun said.

September 29 is the day!

Like most Bollywood flicks on twins, 'Judwaa' tells of two brothers who are separated at birth after their father takes on a gangster. Years later, the reunite and take the don down. The remake is scheduled to hit the big screens on September 29.