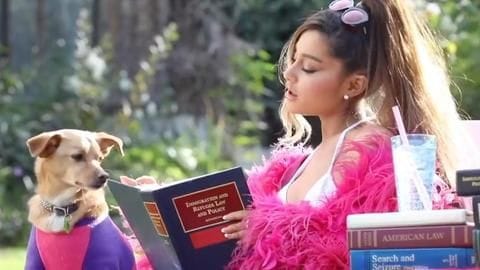 Ariana Grande's latest video, Thank U, Next released after much hype on her official YouTube channel. It comes after Ariana had teased peeks all week, and follows almost immediately after her break-up with the comedian Pete Davidson of Saturday Night Live. Rife with pop culture references, along with references to her past relationships, the video has broken the internet. Read all about it here.

Ariana officially broke YouTube and set a new record with her video. For those unaware, YouTube Premieres is a feature allowing viewers the pleasure of experiencing video premieres together. Her video reached a peak when around 8,29,000 people viewed it simultaneously and the discussion sidebar saw over 5,16,000 messages pouring in, setting an all-time record. Notably, YouTube claimed the video's traffic was delaying commenting.

Pop star
Who is Ariana Grande?

Ariana is an American singer aged 25 years, born in Florida but with Italian heritage. She started her career in Broadway in 2008 where she was part of the musical, 13. Ariana, who has a wide vocal range, also earned 6 top 5 singles in the Billboards Hot 100, which include Break Free, Problem, Side to Side, Bang Bang, No Tears Left To Cry.

Do you know?
Potentially the person of the year?

Besides being a pop culture sensation, Ariana is also among those shortlisted for the honorable 'Person of the Year' title by Time magazine. Reportedly, she made the list, not for her past contributions, but the potential and influence she now has.

Video details
What does the video show us?

The video is an exploration of Ariana's life and coupled with the song lyrics, we get a glimpse into her past relationships. Through the video, she narrates the story of the lessons she learned from all her failed relationships and from herself as she changed with them. It ends on the note that she is eager to move forward while thanking everyone.

Ariana's video is a treat for Mean Girls fans, as she takes on the role of Rachel McAdam's portrayed Regina George. Referencing the movie, it begins with a montage of people trying to explain Ariana, including the actor who played Regina's ex-boyfriend. The famous Jingle Bell Rock scene is paid homage to, and we see a cameo of Kris Jenner as the 'cool mom'.

Information
What are the other references

While the song directly alludes to her break-up with Pete Davidson, other relationships she mentions are those with Big Sean, Ricky Alvarez and the late Mac Miller, there are other pop references as well. They include 13 Going on 30, Legally Blonde, Bring It On.