Prepare your minds for the trippy 'Black Mirror: Bandersnatch' trailer 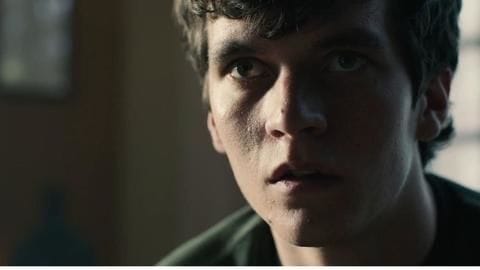 Black Mirror: Bandersnatch dropped its trailer yesterday, and the film is releasing today, December 28, globally on Netflix. Before you head to watch the film, it is best to prepare your mind to be utterly blown away, by the reality-warping trailer. As we reported, it revolves around a video game titled Bandersnatch and is set in the 1980s. Here, we decode the new trailer.

People
Before diving into the trailer, meet the cast and director

The cast includes Fionn Whitehead, who acted in Dunkirk. He plays the protagonist, Stefan, a game developer. Alongside him, the movie stars Will Poulter from We're the Millers, comedian Asim Chaudhry plays the character who hires Stefan, and Alice Lowe plays the part of Stefan's psychiatrist. The episode has been directed by David Slate, who directed the 'Metalhead' episode in Black Mirror Season 4.

The trailer set in 1984, introduces Stefan talking to his psychiatrist. We are then shown the game developer joining a company, where Chaudhry's character enthusiastically exclaims they want to be a hit factory like Motown, for computer games. Bandersnatch, the game is then introduced. As Stefan delves deeper, he stops taking his medicines. Reality and the virtual world get blurred with potentially horrifying consequences.

Fans of Black Mirror might be interested in seeing an Easter Egg in the trailer. When Chaudhry's character is talking to Stefan about their company's vision, there is a poster behind him with the picture of a robotic dog captioned 'Metl Hedd'. It is a direct reference to Slate's other work with Black Mirror, that is, the 'Metalhead' episode, which we mentioned.

The trailer shows the Bandersnatch game is influenced by a Jerome F. Davies' book. Stefan calls Jerome "a genius", but Bandersnatch "was the last straw" as he went mad, severing his wife's head. In real life, Bandersnatch was an unreleased PC game, and the word itself comes from a creature in Lewis Carroll's works, who uses surreal plots and nonsensical words to tell stories.

Opinion
Can viewers really choose the story's end in 'Bandersnatch'?

Bandersnatch was rumored to allow viewers to choose how the story progressed. While the trailer does not show that, the upcoming release has been titled a Netflix event and not a Netflix movie. Moreover, the words 'change your mind', 'change your life' and the television screen telling Stefan, he is not in control, lead us to believe that viewers can control the story's progress.

Episode theory
Netflix might be attempting a game within a game

Our theory is while Stefan develops the Bandersnatch game, viewers can play their version of Bandersnatch with Stefan's life. Thus the voices Stefan hears might be viewers' commands. Since a video game format is the ideal interactive experience, Netflix could be attempting a game within a game, which would blur our reality with the virtual world, while warping Stefan's reality at the same time.