5 Bollywood movies marred by controversies before their release 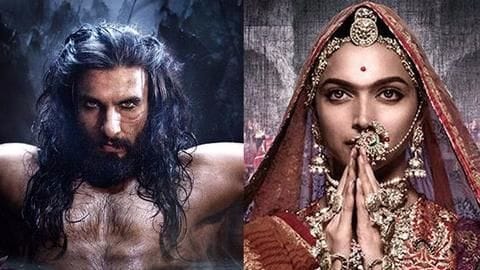 It would be absolutely justified to say that Bollywood thrives on controversies. There are controversies around everything - be it actors, their clothes, their religion or even a dialogue can spark off a controversy. Our audience is overly sensitive and now because of a platform like Twitter, everyone has a staunch opinion on everything. Here are five Bollywood films that were marred by controversies.

'PK', starring Aamir Khan and Anushka Sharma in lead roles, is a hard-hitting take on the superstitious beliefs of Indians and the culture of worshipping godmen. This film bore the wrath of not one but all the religious groups. There was a sudden unity felt, not by love but by being against this movie. It was hugely criticised for taking sly digs at religion.

The then CBFC chief, Pahlaj Nihalani had some serious issues with the title of the film 'Udta Punjab'; he had even advised the makers to drop Punjab from the title. 'Udta Punjab' was focused on the excessive use of drugs in the state of Punjab. CBFC felt it would show the state in a bad light. The film was released after 94 cuts.

Karan's dream directorial 'Ae Dil Hai Mushkil' came under scrutiny because of the most unfortunate reason. In the wake of Uri attacks, Cinema Owners Exhibitors (COEAI) had decided not to release any movie in which a Pakistani actor had worked. Unfortunately, the film had two Pakistani actors starring in it, Fawad Khan and Imran Abbas. It saw the light-of-day after a lot of ruckus.

Release cannot be a cakewalk for a film that talks about women's sexuality and therefore, the ex-CBFC chief, Pahlaj Nihalani had called 'Lipstick' 'lady-oriented' and banned it. Sex is still considered a taboo in India and we like to believe that we all are a product of two flowers touching each other. However, the film was critically appreciated and gained huge commercial success.

Every dawn brings a new challenge for Sanjay Leela Bhansali's magnum opus Padmavati. The film starring three stellar actors of Bollywood has received a tremendous amount of support and praise on Twitter but the Rajput community has a different take on it. Although the film is scheduled for a December release but with the rising controversies, the December release seems impossible.

Temporary
The timeline is brewing!