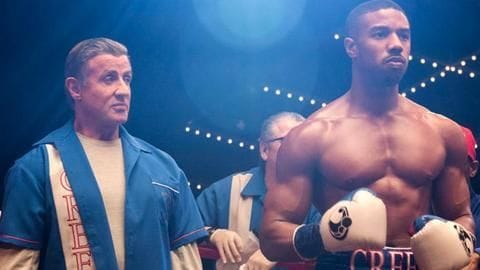 'Creed 2', the sequel to Ryan Coogler's critically well-received Rocky franchise spin-off, dropped its second trailer. The film which is releasing on November 21, will have Coogler on board as the executive producer but will be directed by Steven Caple Jr., director of the Indie hit 'The Land'. Michael B. Jordan reprises his role of Adonis Creed, and Sylvester Stallone returns as Rocky.

Trailer plot
The sins of the fathers visit the sons

While the first trailer had only teased the antagonist Drago at the end, the new trailer jumped into the confrontation between Adonis Creed and Viktor Drago. Notably, Viktor's father, Ivan killed Apollo, Adonis' father, in Rocky IV. 'Creed 2' shows both the sons haunted by their fathers' legacies, stepping into the ring to find out what makes a champion and what they fight for.

Do you know?
Shared legacies, the franchise tie-in

In 'Rocky IV', Ivan killing Apollo, in the ring, led to Rocky confronting Ivan. In the new trailer, Rocky admits how adversely his fight with Ivan affected him. 'Creed 2' will see Rocky and Adonis face their shared legacies with Ivan and Viktor Drago.

Jordan's role
Michael B Jordan, the man of the hour

Michael B. Jordan, fresh off the success as Killmonger in Marvel's 'Black Panther', returns as Adonis. The trailer shows a training montage where Jordan brings out the sacrifices any passionate champion has to make. Jordan effortlessly switches between the success-driven boxer and family man with a loving wife and adorable child. We hope Michael continues his streak of stellar performances in this film too.

Do you know?
Almost no Ivan Drago in the movie

Dolph Lundgren who plays Ivan Drago was initially unwilling to reprise the role as he felt 'Creed 2' might stain Rocky IV's legacy. However, it was Stallone's dedication to his project and the great story he and Cheo Hodari Coker co-wrote, that swayed Dolph.