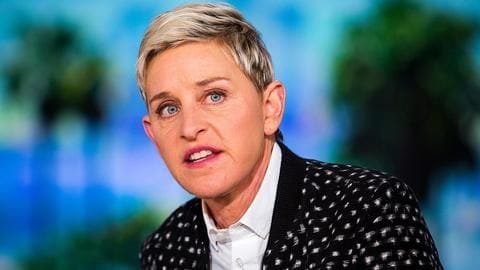 Celebrity talk show host Ellen DeGeneres started the 18th season of her famous and controversial talk-show The Ellen DeGeneres Show with a monologue and renewed vigor. It was uploaded on her YouTube channel before the episode was aired on TV. Like the smooth talker she is, DeGeneres came straight to the point of the string of allegations around her show to claim responsibility.

People
This was the first virtual audience for the show

Opening the house to a stack of LED screens showing people engage into a round of applause, DeGeneres started her monologue with a pinch of humor saying, "You look beautiful, and I'm sure you smell great," making all laugh. She moved on to say how "talking directly to people have been illegal for six months" due to COVID-19, before addressing the real issue.

Controversy
"I take responsibility for what happens at my show"

She then came straight to the point and apologized for hurting people with her ignorance about the behind-the-scenes racism and sexual harassment. ''I learned that things happened here that never should have happened. I know that I'm in a position of privilege and power and I realized that with that comes responsibility, and I take responsibility for what happens at my show," she said.

Context
The story: How DeGeneres got the 'Be kind lady' title

Clarifying on the Be Kind Lady title, the 62-year-old narrated a story about a man named Tyler Clementi, who committed suicide after being unable to bear persistent bullying for him being gay. DeGeneres had, at that time, asked everyone to be kind, thus gaining that title. She sarcastically added not to give oneself that nickname because it's "a tricky position to be in."

Details
"My intention is to always be the best person"

Further, DeGeneres mentioned that she is not that great an actress to fool the audience for so long. "I've played a straight woman in movies so I'm a good actress. But I don't think that I'm that good that I could come out here for 17 years and fool you. My intention is to always be the best person I can be," she added.

She reiterated that her show would still strive to give an hour of pure joy to help all escape the trying times. Thanking her team comprising 270 people, DeGeneres confidently said, "I'm committed to making this the best season that we have ever had."

Meanwhile, multiple former and current employees criticized DeGeneres's monologue, stating that her apology is tactical. One employee stated that their assignments and duties were put "on-hold" until the monologue was aired. Another said that she made inappropriate jokes about their serious allegations and trauma in her speech and made the issue all about "herself." Others said DeGeneres's bringing up the toxicity topic is amazing.

Do you know?
A bit about the criticism surrounding the daytime show

Among the allegations that have rocked the show include a Twitter thread saying how "mean" DeGeneres is to complaints of racism, claims of underpayment and even to security staff. Moreover, three of her executive producers were accused of harassing women employees sexually.