From #MeToo to impassioned speeches: Best of Golden Globes 2018

Sunday's 75th Golden Globes Awards were much more than the rowdier, weirder version of the Oscars, that they are known to be. An evening of global reckoning, it was a watershed moment for women worldwide, fighting for generations to be heard, believed. Be it Oprah Winfrey's impassioned speech or Hollywood biggies wearing black in solidarity with sexual-assault survivors, read on for the evening's highlights.

Most of the significant television wins were predictable, with The Handmaid's Tale and Big Little Lies winning big in the drama and the miniseries categories. A much-deserved new entrant was Amazon's The Marvelous Mrs. Maisel, that won two major awards for comedy. In films, Three Billboards Outside Ebbing, Missouri, picked four awards (best motion picture, actress, original screenplay, supporting actor). 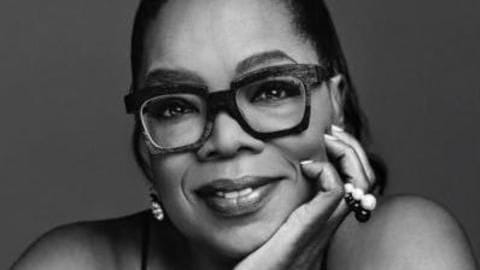 If Golden Globes were to be remembered for one thing, it would be Oprah's powerful speech, encapsulating the fight against sexual harassment, that got fiercer since the Harvey expose. "A new day's on the horizon," said Winfrey on winning the Cecil B. DeMille Award. Gloden Globes marks the first time that Hollywood has come out en masse, saying Time's Up and enough of #MeToo.