'Kadhal Enge' review: Not engaging at all, lyrics strong though 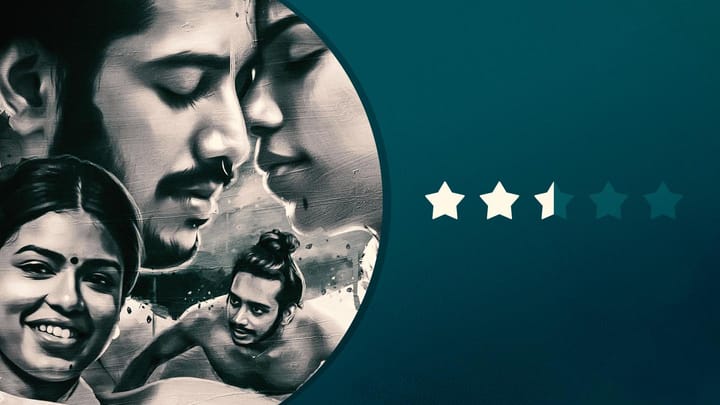 Kadhal Enge, a bilingual (Tamil and Telugu) standalone musical starring Dharshan Ganesan, Shrisha, and Vignesh Shivasubramaniam, is out on the official YouTube Channel of Aditya Music. Bankrolled by Fidi Talkies, it's been written and directed by Lakshmi Devy. Achu Rajamani and Varun Menon have composed the music, while Abinandhan Ramanujam has cranked the camera and Anthony Gonsalvez did the edits. Here is our review.

Song narrates the reincarnation story of a couple

Kadhal Enge is a collection of short stories revolving around two people in love from different periods of time, separated by various people. The first bit starts in the year 1206, the second in 1872, the third in 1926, and the final one is from the year 2018. It revolves around the concept of reincarnation of a couple getting united in different births.

Slow music; singer's voice doesn't have an impact either

With slow music and repeated pattern in visuals, this song has nothing exciting to offer. Rajamani's voice is not all that impressive either. The song was released in two languages: Tamil and Telugu. For better understanding, we reviewed the Tamil version. Lyrics were penned by Purnachary in Tamil, while Kundoor Varun had written the Telugu version. The only positive? The song's soulful words.

Devy's 'When the Music Changes' won praise world over

Verdict: The musical bags 2.5 stars (overall). Devy made the headlines when her previous directorial When the Music Changes became a contender for the Academy Awards. Hollywood icon John Turturro is the executive producer of the project. To note, the venture bagged several awards including the Gold Remy award and the Best Feature Film trophy at the New York City Independent Film Festival.