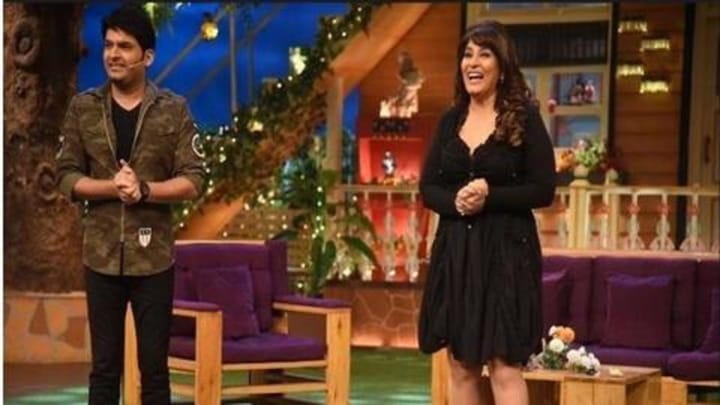 The Kapil Sharma Show is like a breath of fresh air for its viewers. However, recently it hit the headlines for a sombre reason. Apparently the former judge of the show, Navjot Singh Sidhu, had written a letter to its current judge, Archana Puran Singh, and asked her to quit the show. However, as the show progressed it turned out to be something else.

Kapil pulled a letter out amid conversations with guests

On Saturday, Kapil was in the middle of a conversation with his guests, Badhaai Ho stars Gajraj Rao and Neena Gupta, when he pulled out a letter addressed to Archana and signed by Sidhu. "Dear Archana, I love you and hope for your good health. So much so that you will find it difficult to fit into your seat," read Kapil, making everyone laugh.

The letter started laughter in the studio, Archana stepped away

Further, the letter read, "I can sacrifice my home for you, sacrifice my work for you, can leave my city also but you will have to vacate my seat please. Yours and only yours, Navjot Singh Sidhu." Following the letter and laughter it generated, Archana even stepped away from the chair, but came back saying it was only for a second.

Archana shared pictures of the Saturday's episode on Instagram

'TKSS' replaced Sidhu after his insensitive remark over Pulwama attacks

Earlier this year, the show replaced Sidhu with Archana as the celebrity judge, after his controversial remark on the Pulwama attack that happened in February. After the February 14 Pulwama attack, in which at least 40 CRPF soldiers got martyred, Sidhu commented, "Nations cannot be held responsible for the dastardly acts of terrorists. The terrorists do not have deen, mazhab (sect and religion)."

Sidhu to make a comeback on 'TKSS' soon?

Sidhu's comment sparked an outrage on social media. While hashtags like #BoycottSidhu #BoycottKapilSharmaShow and #BoycottSonyTV were trending, many demanded that taking Kapil's show off air was the solution and it finally led to Sidhu's removal. There are, however, reports of Sidhu returning to the show.

Meanwhile, Archana, who had also replaced Sidhu when he was sick, sparked a controversy recently when she revealed that she's facing pay disparity on the show. On an episode last month, the 56-year-old said that she is being paid half of that of Sidhu. As per reports, Archana is given just Rs. 2cr for 20 episodes, much less than Sidhu's Rs. 25cr per season.