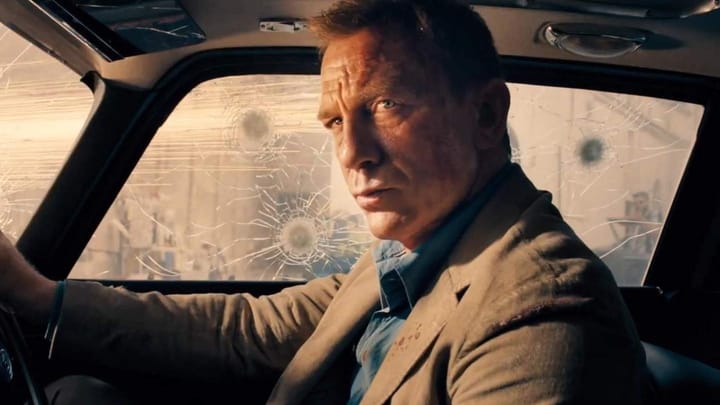 The mission that changes everything begins! Much delayed James Bond flick No Time To Die has got a new teaser. The 30-second-long action-packed glimpse shows everyone's favorite secret agent returning to duty. This Cary Joji Fukunaga-directorial promises to provide an emotional and satisfying ending to Craig's association with this franchise, given that this is his final Bond outing. The movie hits theaters in October.

Craig's fifth outing as MI6 agent will have deadly action

No Time To Die will be Craig's fifth Bond movie. From car chases, shootouts, love, revenge, action, and flying planes, the teaser claims "Bond is Back" on his most treacherous adventure ever. The teaser also highlights the cast members, both new and old faces. Like, Ben Whishaw (Q), Naomie Harris (Eve Moneypenny), and Lea Seydoux (Dr. Madeleine Swann) return to the fold.

Rami Malek as Lyutsifer Safin is the main antagonist

And, the new ones to be featured are Lashana Lynch as Nomi, Ana de Armas as Paloma, and Oscar winner Rami Malek as Lyutsifer Safin, the main antagonist, who kills people "to make the world a better place." Safin emerges as the most terrifying enemy of Bond. As seen in earlier clips, the lead has retired and is living peacefully in Jamaica.

Peaceful living is not what Bond is meant for

But that bliss soon gets interrupted, leading Bond to be back on the work. The journey will, naturally, be filled with blood and heartbreaks, as it'll unfold a rabbit hole of mysteries and lies linked to Swann's past. The movie has been produced by Chris Brigham, Andrew Noakes, and David Pope, with Fukunaga, Neal Purvis, Robert Wade, and Phoebe Waller-Bridge serving as the writers.

The spy film will release only in cinemas in September-October

No Time To Die's premiere date was moved numerous times, before a September-October 2021 release was finalized. The film's title song, performed by Billie Ellish, won a Grammy for Visual Media, giving a major thrust to the hype surrounding the movie. The spy flick is set to premiere only in cinemas on September 30 in the UK and October 8 in the US.

No Time To Die