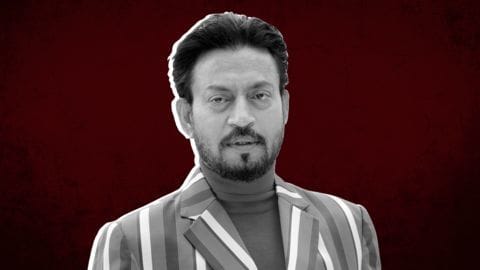 The 93rd Academy Award was staged today and the film-like show paid tribute to many "legends we've lost," during the 'In Memorium' section. The lengthy section gave a nod to Best Actor nominee (Ma Rainey's Black Bottom) Chadwick Boseman and the first James Bond, Sean Connery, among others. Irrfan Khan and India's first Oscar winner, costume designer Bhanu Athaiya, were remembered as well.

The segment began with remembering all lives lost to COVID-19

The segment began with a nod to over three million deaths worldwide due to COVID-19, followed by the mention of lives lost to the "violence of inequality, injustice, hatred, racism, and poverty." Thereafter, multiple celebrities, who passed away in the year gone by, were shown on a slideshow as Stevie Wonder's As played in the background. The segment lasted a little over 3 minutes.

Frieda Pinto: 'There was simply no one like Irrfan Khan'

Khan's picture flashed by at 1.52 minutes, leaving many of his co-stars and fans emotional. His Slumdog Millionaire co-actor Frieda Pinto penned a note as part of the In Memorium gallery. "There was simply no one like Irrfan Khan," she wrote, remembering how he was "a portrayer of humanity in all its shapes and forms." She then included her favorite titles from Khan's repertoire.

India's first: Athaiya had bagged an Oscar for 'Gandhi'

To recall, Khan was part of major Hollywood productions like A Mighty Heart, The Amazing Spider-Man, Life of Pi, Jurassic World, and Inferno. For the unversed, Athaiya was India's first Oscar winner, for being the Best Costume Designer (Gandhi). While Khan passed away in April, Athaiya died in October last year. The Academy's website also paid tributes to Sushant Singh Rajput and Rishi Kapoor.

Centre rules out mixing up of vaccines for 'precautionary' dose

Gorge on these 7 interesting facts about 'Euphoria' star Zendaya

Celebrating Rishi Kapoor, the family man, on his death anniversary

Amazon Prime buys exclusive rights to Oscar-winning film 'Another Round'

#SSRDeathCase: CBI approaches US; Rhea allowed to use frozen accounts

'Murder At Teesri Manzil 302' review: Why Irrfan Khan, why?

'Piku' sequel: If it happens, what can be the story?

Babil quits university to focus on his acting career

Colin Firth birthday special: His movies we don't talk about

Taika Waititi birthday special: What are his upcoming projects?