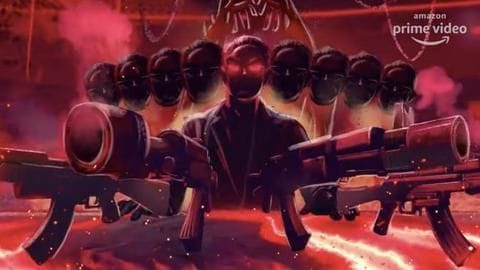 Anushka Sharma is all set to foray into the world of web shows as a producer. Soon after sharing the first glimpse of the forthcoming series, Anushka has now unveiled its title and the release date. Titled Paatal Lok, the crime thriller will be out on May 15 on Amazon Prime Video. The series has been created by Bollywood writer Sudip Sharma. Here's more.

Teaser
The teaser is an amalgamation of intriguing graphics

While the minute-long teaser does not introduce any cast members, it showcases intriguing graphics, accompanied by a voice-over. The narrator declares, "Ancient scriptures describe a world where blood is shed for justice, where cruelty thrives in garb of humanity, where lawlessness is the only law, wiping out all the hope of life. This inescapable hell that exists beneath our world is called Paatal Lok."

Synopsis
Here is the official synopsis of the series

Inspired by the ancient realms of Swargalok (heaven), Dharti Lok (earth), and Patal Lok (netherworld), the upcoming neo-noir series delves into the interplay within the four estates of democracy, i.e., legislative, executive, judiciary, and the media. "Filled with mystique, thrill and drama, Amazon Prime Video's latest original explores the dark bylanes of immorality," the official synopsis of Paatal Lok reads.

Anushka has previously produced movies such as NH10, Phillauri and Pari. She is also producing two upcoming Netflix original titles, viz. Bulbul and Mai. As an actor, Anushka was last seen in Aanand L Rai's Zero, alongside Shah Rukh Khan and Katrina Kaif. However, the movie was a debacle. She has since taken a break from films.