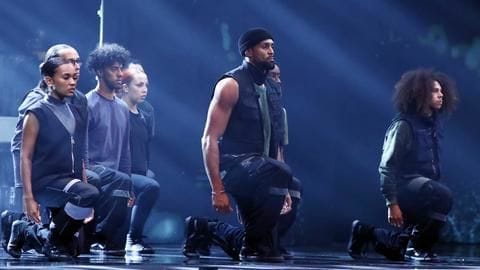 When Ashley Banjo and his British dance troupe Diversity presented a performance based on the Black Lives Matter movement, they didn't think of the backlash they would receive. The troupe showed the act on Britain's Got Talent, and since then Ashley has been receiving hate and even death threats online. Slamming such a reaction, the ex-judge of this show Piers Morgan vociferously extended support.

Context
Diversity had won 'Britain's Got Talent' way back in 2009

Diversity, a dance troupe that won Britain's Got Talent in 2009, presented this special performance based on the international movement during the semi-finals of the 14th season of the popular reality show this month. The dance routine, as expected, re-enacted the tragic death of George Floyd by a white policeman, which had triggered the movement. The performance also slammed police brutality.

Politics
The negativity is the minority, says Diversity frontman Banjo

Evidently, the performance wasn't appreciated by all. Around 21,000 people have complained to the UK's broadcasting watchdog Ofcom about the "political nature" of the routine. This makes the BLM performance stand second to a Big Brother 2018 incident that had 25,237 complaints against it. Banjo took to Instagram to say, "A lot of negativity thrown at the performance, but trust me...negativity is the minority."

Addressing the haters and plaintiffs as "part of the problem," Morgan on Good Morning Britain bashed the undue negativity surrounding the otherwise commendable representation of the ongoing Black oppression across nations. He said, "What are you complaining about? All of this can be terrible at the same time, but if you've got a problem with watching Diversity doing what they did, you're the problem."

Explaining how the troupe wanted to convey the message against racism, Morgan implied that tagging the performance as "Black Lives Matter party" is terrible. He said supporters of such divisive beliefs should stop watching the show, which strives for inclusive entertainment. Supporting Morgan, co-host Susanna Reid said, "If you think it's an excuse to send threats, there's something wrong with you."