'Shang-Chi' trailer: How he wants a normal life, but fails 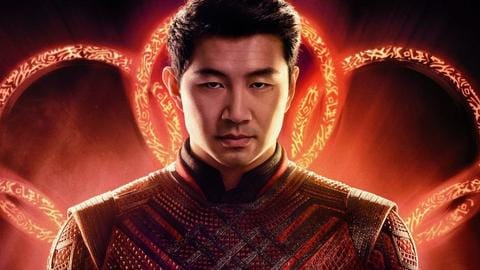 Marvel Studios recently released a new full-length teaser of Shang-Chi and the Legend of the Ten Rings. It gives a sneak-peek into the life of Shang-Chi, a Chinese superhero, who will try his best to run from what's destined in the action movie. The Destin Daniel Cretton-directorial is being produced by Marvel Studios and distributed by Walt Disney Studios Motion Pictures.

Trailer
You can't outrun your destiny, claims the teaser

The one-minute-long trailer starts with Shang-Chi's friend Katy, teasing her shirtless friend. The clip, being the combination of old and new footage, showcases how Shang-Chi wanted to have a normal life but couldn't. Moreover, the teaser claims, "You can't outrun your destiny." Then starts the unavoidable action-filled life of Shang-Chi. He soon discovers about Ten Rings and his father's evil plans.

Tony Leung plays Shang-Chi's father, Wenwu/The Mandarin. He has been training his son, since a fairly young age, to be an assassin. However, Shang-Chi leaves behind it all and runs away for a normal life in San Francisco. "Fish out of water," he's meant to be his father's successor, a thing he declines to follow. The focus here is his struggle, not martial skills.

In the teaser, Shang-Chi tells his father, "I'm not afraid of you," hinting at a war between him and Wenwu. Shang-Chi will debut as the first Asian superhero film in Marvel Universe. Besides Simu Liu, the movie stars Michelle Yeoh, Fala Chen, and Florian Munteanu. Moreover, Benedict Wong will reprise his Doctor Strange role. The film's screenwriter is David Callaham, Cretton, and Andrew Lanham.

Premiere
Shang-Chi is an assassin turned hero, with will and discipline

Jim Starlin, co-creator of Shang-Chi's character, explains that the Master of Kung Fu has three elements that make him unique: Assassin turned hero, "indomitable will, and religious discipline." Along with Marvel head Kevin Feige, Jonathan Schwartz is also backing Shang-Chi and the Legend of Ten Rings, which has music by Joel P West. It's slated to premiere in cinemas on September 3, 2021.