'Superman & Lois' trailer shows it isn't only about superheroes 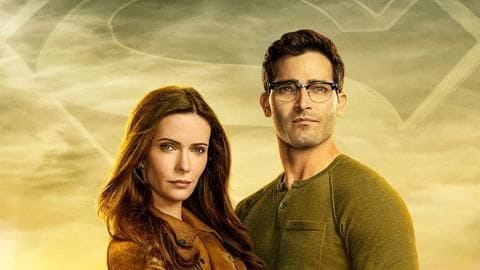 Tyler Hoechlin and Elizabeth Tulloch are here to give us a different take on the life of Superman. CW has released the first official trailer of Superman & Lois, the TV series focused on the life of the alien Kryptonian and the best journalist in the world, Lois Lane. And, Clark Kent and Lois Lane are here to share their hard-knock life with you.

Trailer
The happy couple faces crises after they lose jobs

The official synopsis by CW states that in the series, "The world's most famous superhero and comic books' most famous journalist deal with all the stress, pressures and complexities that come with being working parents in today's society." The trailer starts with a past glimpse of the happy couple just after their wedding, as Lois and Clark discuss how job loss is affecting them.

Tough times
And that's when Clark's family relocates to Smallville

You might wonder what harm would job loss bring to a living being who can throw buildings at you, but do remember that Clark is a gentleman, besides being Superman, and that Lois had an illustrious career in journalism. The trailer hints at how getting sacked from their comfortable jobs in Metropolis forced the family to relocate to a town named Smallville.

Revelation
His kids have anxiety, Clark shows his true self

That's just one of the problems on their list. They have two young boys, who are facing bouts of anxiety and are in their teens, almost always quarrelling with their parents. This is where the trailer shows Clark facing an identity crisis as he doubts whether he'll ever be a good father. With Lois beside him, Clark shows his superhuman strength to his children.