Seven blockbuster roles that Will Smith has turned down

There's no denying that Will Smith is an actor of international repute. However, he still remains bereft of an Oscar. Had he not denied some notable roles, who knows he might have won the golden man, or at least would have been part of an Oscar winning film? So, here are some seven films that were offered to him, but he turned those down.

Jackie Chan's fists and Chris Tucker's mouth made the 1998 action comedy, Rush Hour, an unforgettable film for all of us. But did you know Tucker's role of Detective James Carter was first offered to Smith? The film that grossed $244mn worldwide would have had Chan's Detective Inspector Yang Naing Lee and Smith's Carter in mismatched combination had the latter not declined the role.

Number 2
Smith on rejecting 'The Matrix': I did y'all a favor 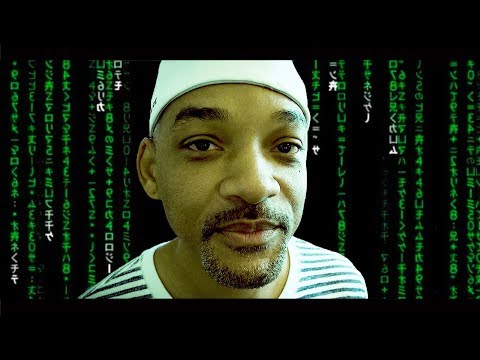 That Smith turned down The Matrix still manages to shock us. Addressing this after two decades, the 50-year-old said this February that he regrets rejecting the role of Neo, but he just couldn't understand the way the Wachowskis presented him the story. "I did y'all a favor," he quips, a nod from him recognizing that Keanu Reeves was the apt choice for The One/Neo.

The 2005 flick that brought Brad Pitt-Angelina Jolie together, albeit for a few years, was to star Smith and Catherine Zeta-Jones as John and Jane, respectively. Though Pitt was always considered for the film, it was to have Nicole Kidman or Gwyneth Paltrow. When Kidman bowed out, Pitt too, and then Smith-Catherine and Johnny Depp-Cate Blanchett were thought of. But luck favored Bragelina!

Number 4
Smith as Willy Wonka in 'Charlie And The Chocolate Factory'?

Mr. & Mrs. Smith wasn't the only hit film Smith refused in 2005. He also turned down the role of Willy Wonka in Charlie And The Chocolate Factory, which ultimately went to director Tim Burton's frequent collaborator Johnny Depp. Though Depp was fabulous as Wonka, we wonder what histrionics Smith would have brought to the role. After all, he's known for his comic timing!

Number 5
'Superman Returns' was to launch Smith as a superhero, but...

Before Hancock showed us Smith's superhero abilities, there was another film that could have done the same: Bryan Singer-directed Superman Returns (2006). On this, he had said cheekily, "I had already done Jim West [of Wild Wild West], and you can't be messing up white people's heroes in Hollywood!" "You mess up white people's heroes in Hollywood, you'll never work in this town again!"

Legendary director Quentin Tarantino had conceived the role of Django in Django Unchained (2012) keeping Smith in mind, but the latter rejected it since he felt, "Django wasn't the lead. The other character (Christoph Waltz's bounty hunter) was!" This created a possible rift between the two, but Smith admitted three years later that he "Thought it (the film) was brilliant. Just not for me."

A cigar-smoking Smith as Captain Steven Hiller remains one of the most memorable characters of 1996 blockbuster, Independence Day. Smith was reportedly excited to reprise that role in Independence Day: Resurgence, two decades later, but opted out post After Earth's box office failure. Writer-director Roland Emmerich said, "He was tired of sequels, and he did another science fiction film, so he opted out."