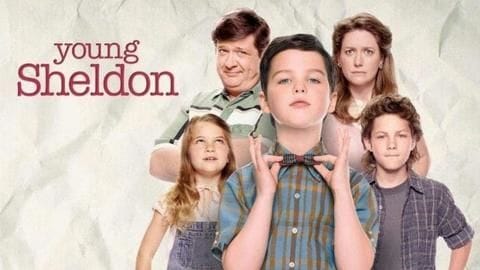 Young Sheldon recently premiered its Season 4. Fans were as usual happy to see the uber-intelligent Sheldon Cooper on screen again, but it was the older Sheldon, Jim Parsons's surprise co-voice artist, who made all fans of The Big Bang Theory emotional. The role was brief, but it had a lot of fun, and love, which was shared between old Cooper (Parsons) and her.

Re-run
The surprise cameo happens absolutely in the end

Yes, you guessed it right! It was Cooper's better-half Amy Farrah Fowler, who made her presence felt in a surprising cameo at the end of the first episode of Young Sheldon Season 4. As the episode approached its end, we could hear Parsons narrating about young Sheldon's graduation ceremony, saying that this was the "best graduation party" until his son Leonard's much later.

Details
It was all about naming their son, Leonard

Giving a big nod to the original show and its another main character, Leonard Hofstadter, we hear Parsons say, "I wanted his name to be Leonard Nimoy Cooper, but Amy wouldn't let me." That's when you hear, "Be happy I let you name him Leonard!" as Mayim Bialik aka Amy interrupts. Old Cooper quickly says, "Okay, okay!" and Amy signs off saying, "Love you!"

Plan
This cameo by Amy "was not in the script"

Interestingly, this crossover between Young Sheldon and The Big Bang Theory wasn't scripted at all. The show co-creator Steve Molaro revealed that including Amy "was not in the script yet [pre-pandemic], but Sheldon talking about his son, Leonard Cooper, always was." In fact, this episode, which was shot seven months ago, was supposed to be the finale of Season 3. And then COVID-19 happened.

Emotional comeback
"There's no rules on narration. Let's put it in"

Consequently, this episode, titled Graduation, became Season 4 first episode, where Molaro wanted Amy-Sheldon magic. "And I thought, 'There's no rules on narration. Let's put it in and see if Mayim will do it.' I gave Mayim a call...she was happy to [do it]; [she] thought it was fun," he said. Notably, Mayim isn't the first TBBT star to do a cameo like this.

Information
Kaley Cuoco also had made a voice cameo earlier

In Season 3 episode, Teenage Soup and a Little Fib Ball, we hear Kaley Cuoco voice the pool water young Sheldon dreaded. Though she wasn't credited, fans knew it was her. Cuoco played Penny, one of the lead characters and Hofstadter's wife, in the sitcom.