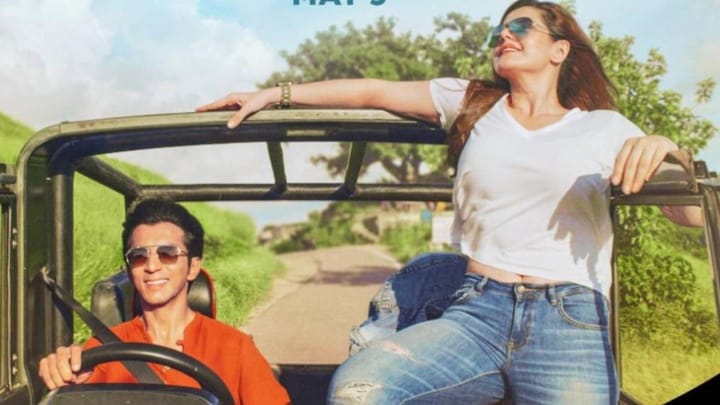 Disney+ Hotstar, which is launching a lot of new original and syndicated content, recently released the trailer of Zareen Khan and Anshuman Jha starrer Hum Bhi Akele, Tum Bhi Akele. The film, based on an epic journey taken by two strangers, will release on May 9 on the platform. It has been written and directed by Harish Vyas and produced by First Ray Films.

The trailer gives a glimpse into the lives of two youngsters, who take a road trip together. Jha and Khan do a decent job fitting in their roles, and make poignant points about the struggle of LGBTQ+ community. The storyline is both fresh and a little cliche in parts. The downside is the implied possibility of heterosexual love between the two homosexual leads.

Talking about why she picked the film, Khan said that she was impressed by the "depth and emotionality" of her character, Mansi. She further added, "Post reading the screenplay - its unique storyline just hooked me. Just like Veer and Mansi's lives change after their road trip, Hum Bhi Akele, Tum Bhi Akele has been a life-changing experience for me."

The film brings together two people who face similar dilemma

The film narrates the story of Veer and Mansi. While Veer is gay, Mansi is a lesbian. Their paths intersect and they decide to take a trip to McLeod Ganj. Mansi is outspoken and doesn't care about how the world perceives her, and Veer is just the opposite. But they somehow find solace with each other. The journey also helps the two find themselves.

The film won many awards at various film festivals

Before its premier, the film managed to earn several awards at many prestigious film festivals. It won the Audience Choice Award at the HBO South Asian Film Festival in New York. Jha won the Best Actor jury prize at the Rajasthan International Film Festival. It was shown at Kashish, Asia's biggest LGBTQ film festival, and was the centrepiece film at the IFFM Melbourne 2020.