Arun Shourie is a senior journalist, economist, author, politician, and a two-time Member of Parliament from Rajya Sabha. He did his bachelor's in Economics (Hons) from St. Stephen's College, Delhi University, and Doctorate in Economics from USA's Syracuse University. He worked at the World Bank as an economist and as a consultant to the Planning Commission of India. Shourie started writing in Ramnath Goenka's newspaper, the 'Indian Express', in the 1970s against the crackdown on civil liberties during the Emergency (1975-77). Goenka appointed him as the Executive Editor of the 'Indian Express' in 1979. Under him, the paper emerged as a challenger to the might of the Indira Gandhi government. However, in 1990, he was forced to resign from the paper. He continued contributing columns in leading newspapers through the following decades. Shourie emerged as an articulate Hindutva intellectual in the late 1980s, 1990s, and early 2000s. He joined the BJP and was nominated to the Rajya Sabha for two terms in 1998-2004 and 2004-10. He served as the Minister for Disinvestment and Communication & Information Technology in the Vajpayee-led NDA government. Shourie was bestowed with the Ramon Magsaysay Award in 1982 and, later, the Padma Bhushan in 1990. The Opposition on Monday sent a joint resolution to the Bharatiya Janata Party-led Centre demanding the immediate release of all political leaders detained in Jammu and Kashmir. In what qualifies as a win for BJP-led Centre, the Supreme Court refused to change its December 2018 order, in which it had dismissed pleas seeking an investigation into how the deal for 36 Rafale jets was signed with France's Dassault Aviation. 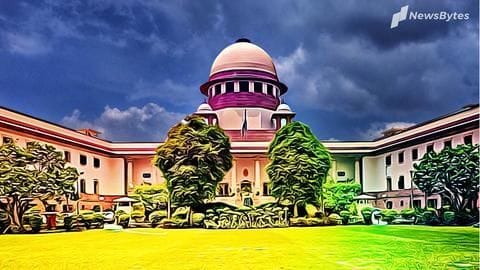 Two days after he told the Supreme Court that classified documents related to Rafale Deal were "stolen" from Ministry of Defense, Attorney General KK Venugopal on Friday clarified that the papers were in fact "photocopied". The government told the Supreme Court that "secret" Rafale deal-related documents were stolen from the Defense Ministry and petitioners filing review pleas in the matter are relying on classified documents, violating the Official Secrets Act. While the opposition leaders want people to believe, the mega rally in Kolkata was a success and has laid roots for the end of BJP's rule, data shows otherwise. Former BJP leader Yashwant Sinha didn't mince his words on Saturday as he spoke at the mega opposition rally in Kolkata, West Bengal, organized by TMC. India
What happened after what in Rafale deal case: Brief chronology

The Supreme Court today dismissed all the petitions seeking a probe in the decision-making process of controversial Rafale deal and gave the Modi government a clean chit on the procurement of 36 Rafale Fighter Jets. The Supreme Court of India, headed by Chief Justice Ranjan Gogoi, dismissed the petition which demanded a probe in the multi-crore Rafale deal, on Friday. India
#RafaleDeal: SC verdict on court-monitored probe due for Friday

The Supreme Court is all set to pronounce its verdict on a batch of pleas demanding a court-monitored CBI probe into the multi-billion dollar Rafale deal on Friday. On Wednesday, the Supreme Court reserved its verdict on a bunch of petitions demanding a court-led probe into the controversial Rafale deal. On Wednesday, the Supreme Court commenced its vital hearing on pleas seeking a court-monitored investigation into the controversial Rafale deal involving the procurement of 36 Rafale jets. Embattled MoS of External Affairs MJ Akbar has been accused of sexual assault by at least 20 women in the last few weeks, and now a journalist has alleged he raped her years ago. After months of controversy, it seems that there might be some clarity on the details of the Rafale deal at long last. In his first video interview after resuming charge as Finance Minister, Arun Jaitley has slammed Congress and Rahul Gandhi for their 'factually false' allegations about the Rafale deal. Almost two years after the Indian Army conducted the surgical strike on terror camps along the border, videos of the operation have been released, that was broadcast on various TV channels on Wednesday. Contrary to speculation, TMC chief Mamata Banerjee is not working towards an anti-BJP anti-Congress front. Instead, on Wednesday, she met UPA chairperson Sonia Gandhi and stressed that she wants Congress to be a part of the fight against BJP. After being exonerated in the 2G scam case, ex-telecom minister A Raja has made explosive claims against former CAG Vinod Rai and the ruling BJP. This is all part of a tell-all book 'The 2G Saga Unfolds'. This book was released on January 19. In an expected move, AAP's Kumar Vishwas lashed out at Delhi CM Arvind Kejriwal after being denied Rajya Sabha nomination. Politics
Not ready to back down yet, Sinha attacks government again

Senior BJP leader Yashwant Sinha continued his attacks on the government while sharing the dais with AAP's Arvind Kejriwal and Congress leader Manish Tewari at the release of the latter's book "Tidings of Troubled Times." Politics
Don't get gloomy over one quarter of slow growth: PM

Narendra Modi, speaking at Institute of Company Secretaries of India's golden jubilee celebration, launched a tirade against "people who sleep well only after they spread a feeling of pessimism all around." Former minister of Disinvestment, Communication and Information Technology in AB Vajpayee's government and senior BJP leader Arun Shourie has joined the band of leaders from within the party criticizing the government's policies. Former Finance Minister and senior BJP leader Yashwant Sinha lashed out at PM Modi and FM Arun Jaitley for making a "mess" of the economy.