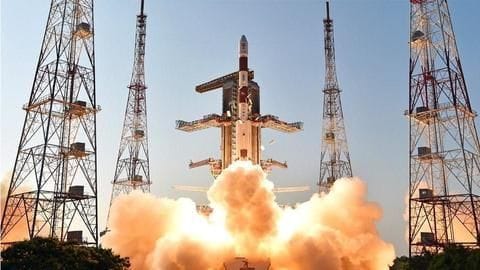 ISRO launched its navigation satellite, IRNSS-1H at 7 pm today from the Satish Dhawan Space Centre, Sriharikota, but the mission was not successful. Heat shield didn't separate, which is why the mission failed. The satellite was launched by ISRO's star launch vehicle PSLV-C39, and was expected to enhance India's own GPS-like system called, NavIC. IRNSS-1H was India's first satellite built with active private sector collaboration.

Satellite got separated internally but it is enclosed within heat shield, fourth stage: ISRO Chief AS Kiran Kumar on failed IRNSS-1H mission pic.twitter.com/j0CUdkFlP0

Quote
Why was IRNSS-1H being launched now?

High accuracy atomic clocks in IRNSS-1A, the first satellite in the series, have been malfunctioning resulting in the transmission of unreliable data. "While IRNSS-1H was initially intended as a spare satellite, it was later served as a replacement for IRNSS-1A," noted an ISRO official.

In a nutshell
IRNSS: Our desi GPS!

Christened 'NavIC' by PM Modi, the Indian Regional Navigation Satellite System (IRNSS), is like India's own Global Positioning System (GPS). It covers India and the surrounding regions up to 1500 km. It consists of a network of seven satellites launched between 2013-2016. These are fitted with Rubidium-based atomic clocks which provide accurate information. The system can be used for both civilian and military purposes.

Do you know?
IRNSS: Applications

IRNSS has a wide range of applications including, navigation and tracking for marine, railway and road transport, disaster management, telecommunication, and power grid operations. The Indian Air Force is soon looking to replace GPS with IRNSS.