When business giant Mukesh Ambani's only daughter Isha got married to Anand Piramal, the Piramal Group scion, in her house, Antilia, the world's most expensive home, everyone saw the extravaganza. After her December 2018 wedding made headlines, it was the turn of her new house, Gulita, to make news. Pictures of the 50,000sqft mansion have taken the Internet by storm. Find out why.

Fact
Gulita was bought by the Piramals at Rs. 450cr

The building, one of the most iconic ones in Mumbai is located in Worli, and offers beautiful view of the sea. Made on a diamond theme, the building was bought by the Piramals in 2012 from Hindustan Unilever by paying a stunning Rs. 450cr. Considering the market vibe has remained since then, the current valuation can easily be Rs. 1,000cr, given the location.

Workers
1,000 people worked 24hrs to prepare the house before wedding

On September 19 last year, the BMC had approved of full occupancy and issued a building completion certificate, after which over 1,000 workers worked 24 hours to ready the house before December 1. A grand puja was conducted on December 2. On December 12, when Anand and Isha got married, his parents, Ajay and Swati Piramal gifted them the all-geared up house. 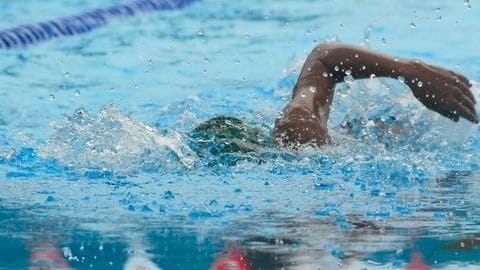 Now talking of the interiors of the five-floored house, most of the decoration products are imported items. The house has several triple-height multi-purpose rooms, and also a diamond room. The basement of the building has a lawn, a garden, and a multi-purpose room. There is a swimming pool, and three basements. Every floor has several rooms for servants, and multiple lounge areas.

Designing
The building has been constructed using 3D modelling tools

Two open balconies adorn the first floor. The house also a space to park almost 20 luxury cars. Gulita's ground floor consists of an entrance lobby, which leads to other floors, where dining halls, master bedroom are located. The building has been constructed using 3D modelling tools, as per London-based engineering firm, Eckersley OCallaghan, which took part in the designing of the building.

Earlier this year in April, Isha hosted an all-girls' party in her new abode, which comprised her BFFs Priyanka Chopra and her cousin Parineeti, Tamanna Dutt, Srishti Behl Arya, and Isha's probable sister-in-law Radhika Merchant. The girls made ice-cream that day, and it was the "Best night ever!" for the Kesari actress. Priyanka, thanking the "hostess with the mostest," complimented Isha for her house.

Now Ambanis and Piramals are not the only families to own such expensive houses in Mumbai. We have Ratan Tata, former chairman, Tata group, whose sea-facing bungalow in Colaba is worth Rs. 150cr. The 13,350sqft property is divided into seven floors, and has a lounge room, a gym, a sun deck to an infinity swimming pool, a media room and a playroom.

Kumar Mangalam Birla, Chairman of the Aditya Birla Group, stays in Jatia House, a Rs. 425cr-worth property in Malabar Hill. The house, having built-up area of minimum 28,000sqft, has reportedly 20 bedrooms. The ceilings and wall cladding of the ballroom are made of Burma teakwood. The building, used for Kumar's personal use, has a garden attached with a pond, and also a central courtyard.

Mukesh's brother, Anil Ambani, too owns an expensive house in Pali Hill. The over 16,000sqft property is 17-storeyed, and is apparently 66mts high. Separately, Cyrus Poonawalla, chairman of Poonawalla Group, purchased Lincoln House by paying a whopping Rs. 750cr. The house, once served as the US consulate in Mumbai, was originally the property of Jammu and Kashmir's Maharaja Hari Singh until 1957.

Raymond group's Gautam Singhania owns JK House, a massive 30-storey property in Breach Candy. The building has a museum, a swimming pool, six levels of parking, a private spa, a helipad, and also apartments for the family members. Mannat, Shah Rukh Khan's abode, is worth around Rs. 200cr, and includes a library, an entertainment zone, spacious offices and an entire floor for his kids.