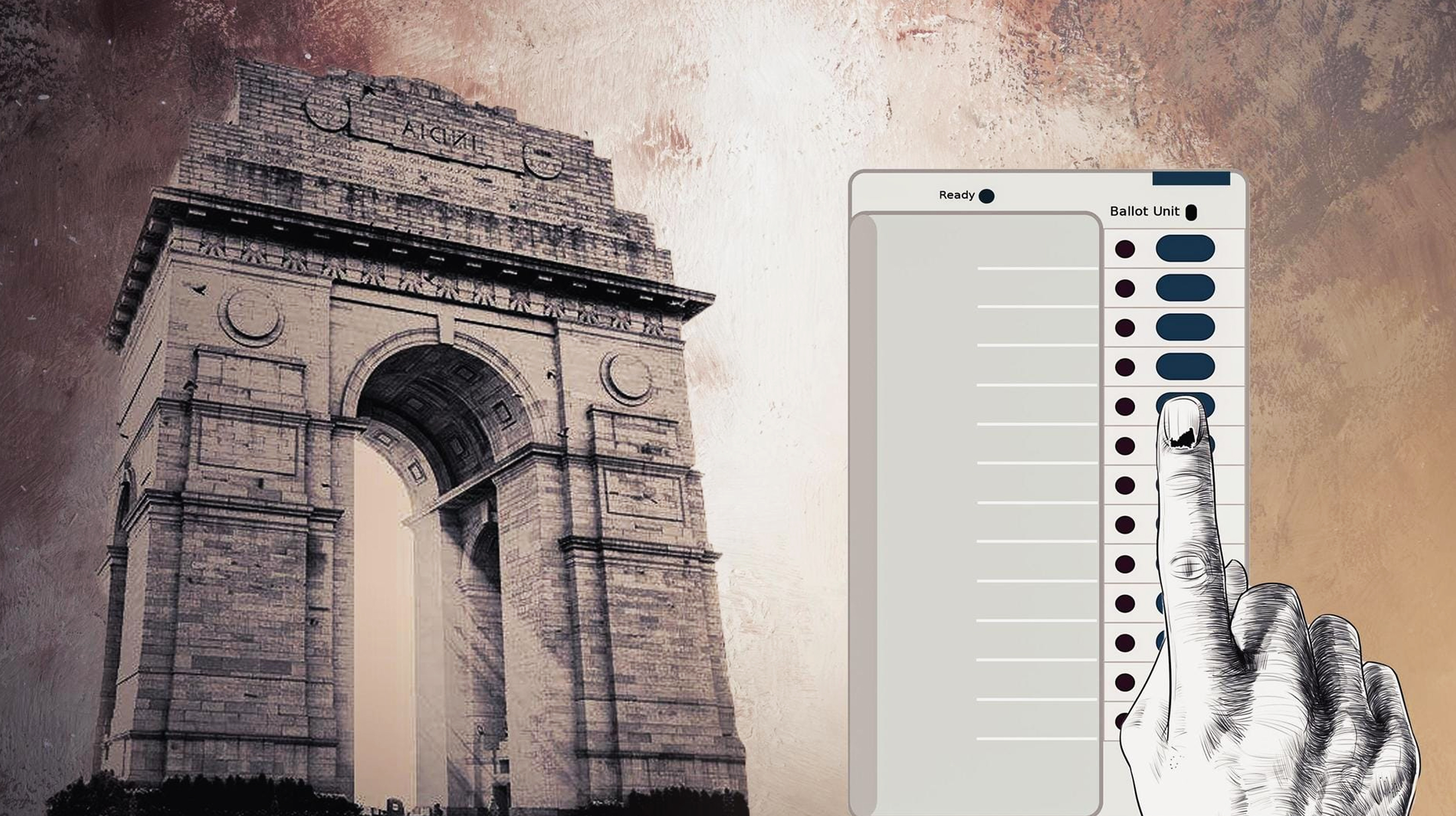 Although the AAP has clinched the majority number of seats required to form the council, it remains to be seen who instates the mayor.

BJP leaders are still claiming that the mayor would be "theirs".

In view of the precedence in other elections in the country, experts say the constitution of the council could witness 'Operation Lotus', alluding to the BJP poaching winning candidates to turn the tables.

BJP has lost all three wards in Patel Nagar, which is the party's Delhi unit chief Adesh Gupta's turf.

AAP celebrating MCD win by bursting crackers. This, when graded response to pollution is already in force in Delhi.

AAP workers rejoice after crossing the halfway mark of 126 seats to clinch a victory bringing BJP's 15-year-long rule to a halt.

Independent candidate Gajender Singh Daral won in Mundka ward, where a deadly fire broke out in a factory killing at least 27 workers in May due to negligent workplace safety measures.

With four seats shy of the magic figure of 126, the AAP is close to establishing a majority.

Meanwhile, the BJP has won in 97 wards, reported India Today.

Calling the results a befitting reply to the BJP, AAP leader Raghav Chadha said the people of Delhi have wiped out the mud that the BJP tried to throw on Kejriwal.

He said, people have chosen those who work for development.

He promised to transform Delhi into the world's most beautiful city.

AAP leader Gopal Rai said the people of Delhi have cleaned the 'garbage' that the BJP spread in the last 15 years of its rule.

Thanking the people of Delhi, he said the BJP repeatedly betrayed them despite being given chances.

He accused the BJP of playing "dirty politics", and putting false accusations against AAP leaders.

He claimed the BJP delayed the elections, scheduled earlier for March, as they were losing them.

He accused the BJP of conducting MCD polls simultaneously with Gujarat elections, so that Kejriwal would be busy.

The Delhi SEC said that 90% of the votes have been counted, in which the AAP has won 92 seats while the BJP has bagged 73 seats, reported Indian Express.

The BJP candidates from Paschim Vihar and Rani Bagh have marked victory.

AAP's candidate Pooja was seen teary-eyed after her victory from the Kishanganj seat.

As AAP workers are dancing and celebrating their win, Punjab CM Bhagwant Mann said Kejriwal uprooted 15 years of Congress rule in Delhi, and now 15 years of BJP's rule in MCD.

He said this shows that people don't like the politics of hatred. They rather vote for schools, hospitals, electricity, and cleanliness.

The AAP marked victory in all three wards under the Tughlakabad Assembly constituency.