Details
BJP yet to announce candidate against CM Kejriwal

Delhi BJP president Manoj Tiwari said four candidates are women while 11 belong to the Scheduled Caste category. The BJP has fielded former AAP MLA Kapil Mishra from Model Town, Anil Sharma from RK Puram, Ramveer Singh Bidhuri from Badarpur, Vijendra Gupta from Rohini, among others. The party is yet to announce a candidate against Delhi CM Arvind Kejriwal from the New Delhi seat.

First list of 57 BJP candidates for the ensuing General Election to the Legislative Assembly of Delhi. pic.twitter.com/FCEWOD7kRL

Meanwhile, the AAP had on Tuesday released the list of poll candidates for all 70 Assembly seats. Apart from Kejriwal's candidacy from the New Delhi seat, Deputy CM Manish Sisodia will contest from the Patparganj seat, which he currently holds. Separately, AAP has fielded Atishi Marlena from Kalkaji, Raghav Chadha from Rajender Nagar, Satyendra Jain from Shakur Basti, Amanatullah Khan from Okhla, among others. 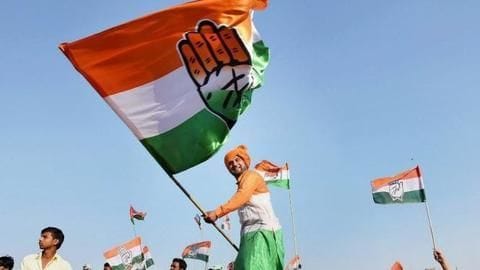 However, the Congress party is yet to announce its list of candidates. Party sources told NDTV that the Congress will only release its list after the AAP and BJP candidates are announced. The party had, however, released an official song—'Phir se Congress wali Delhi'—as part of its poll campaign. The song focuses on the 15-year Congress rule in Delhi under former CM Sheila Dikshit.

All 70 Delhi Assembly seats will go to poll on February 8, with the result declaration on February 11. The Election Commission has already enforced the model code of conduct and the last date to file the nomination is January 21. In the 2015 polls, the AAP had bagged 67 seats, the BJP took three, while the Congress party drew a blank.