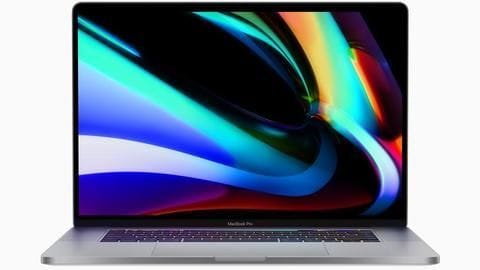 As we all expected, Apple has finally unveiled its heavily rumored 16-inch MacBook Pro notebook. The machine not only comes with a larger, high-resolution display but also boasts thinner bezels and a fancy new 'Magic' keyboard. Plus, it's much more powerful than the 15-inch Pro model, which will soon be discontinued. Here's all you need to know about the new MacBook.

Display
Largest and sharpest display on a MacBook

The new MacBook Pro is pretty light for a large-screened device. In fact, if we keep minor differences apart, its form factor appears similar to the 15-inch model. When opened, you get a 16-inch Retina display with 3,072 x 1,920 resolution, 500 nits of brightness and a pixel density of 226 ppi, making it the largest and sharpest display ever offered on a MacBook.

Apple has replaced the unreliable Butterfly with a new Magic keyboard, which incorporates a scissor-style design with cushier buttons, enhanced with a rubber dome and a new keycap structure that locks in the key and prevents erratic key behavior like repeated inputs or no function.

Internals
More power under the hood

The new MacBook Pro comes in two variants promising faster performance. One variant comes with a 2.6GHz six-core Core i7 processor, 16GB of RAM, a 4GB AMD Radeon Pro 5300M GPU, Intel UHD Graphics 630 and a 512GB SSD. Meanwhile, the other one packs a 2.3GHz eight-core Core i9 CPU, 4GB Radeon Pro 5500M GPU, and a 1TB SSD with the same RAM.

Information
You can get up to 64GB RAM, 8TB SSD

Among other things, the new notebook packs a 100Wh battery promising up to 11 hours of wireless web browsing. For connectivity, everything remains the same with four Thunderbolt 3 (USB-C) sockets and a headphone jack. There's still no SD card reader but you do get the Touch ID sensor in the upper right corner of the deck.

Pricing
How much will it cost?

As the new MacBook will be replacing the 15-inch model, Apple has kept the same pricing tag. This means the base variant of the 16-inch MacBook Pro will be starting at Rs. 1,99,900. The pricing would increase depending on the configuration you choose. In addition to this, Apple has also announced that its swanky Mac Pro will be available for purchase in December.