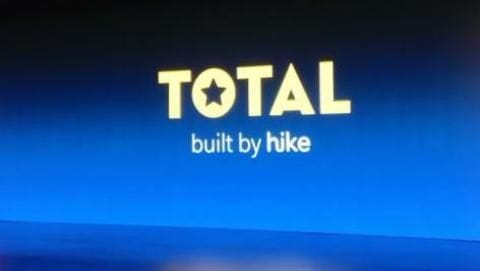 Total brings internet to users, but without using data

According to Hike CEO Kavin Bharti Mittal, the company has built a new technology called Universal Transfer Protocol (UTP), claiming it to be the "supercharged version of USSD." The USSD technology, present on every GSM phone, enables content to be transferred from carriers without data. With UTP, Hike has added smart compression to USSD, made content transmission reliable, and ensured secure encoding, Mittal said.

Along with rolling out Total, Hike has partnered with companies like Intex and Karbonn to pre-load the service onto the OS of inexpensive phones. The first four phones pre-loaded with Total will launch in March across India. The company has also collaborated with telecom service providers like Airtel to roll out low-cost data packs through Total, starting at Re. 1 for 20 MB data.

Mittal said that about 200 million smartphone users don't access the web and Hike wants to tap into that market. The company aims to first make basic services available to such users, and then eventually get them to pay to get online for Hike's full suite of services. Hike has patented the UTP technology, becoming the world's first company to use it, Mittal added.

How can MBA help you get ahead in tech?

#NewsBytesExplainer: Types of car transmissions and how do they work

WhatsApp will let you add 3 people in group video-calls

Here's how we designed and 3D printed free AirTag case

Airtel offers 30GB data for upgrading from 2G/3G to 4G

After Jio and Airtel, Vodafone launches smartphone at Rs. 999