Now, Google Assistant can talk like John Legend: Here's how 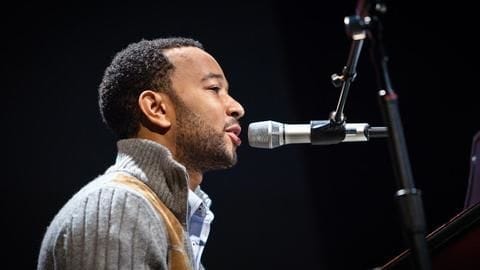 Google's AI-powered digital helper can now talk in the silky smooth voice of singer and songwriter John Legend. Yes, just as the search giant promised, Legend's voice has started rolling out on Assistant for Android, iOS as well as Google Home devices. It can be triggered with a single call but answers only select queries. Here's how you can have it.

In order to get Legend's voice on Google Assistant, just say "Hey Google, talk like a Legend". Following this, the digital helper will start talking like the Grammy-winning artist, giving you weather updates, scientific facts, and some very interesting easter eggs. However, as we said, Legend's voice will only be answering select questions; everything else would be answered in the regular Assistant voice.

Other responses
What you could ask to hear in Legend's voice

To start with, you could ask general questions like "What's the weather?", "Tell me a joke", "Why is the sky blue", or "How far away is the moon". Meanwhile, to explore easter eggs, you'd have to ask more specific questions about John Legend's personality and affinity for music such as, "Are you John Legend?", "What's your favorite type of music?", "Do you know Chrissy Teigen?"

Do you know?
Assistant can even sing 'Happy Birthday' in Legend's voice

Interestingly, you can even ask Google Assistant to sing you Happy Birthday or any regular song in John Legend's voice. It's just like he's singing for you in reality!

Legend's voice is one of the six new voices Google had promised to bring on Assistant at last year's I/O. The company achieves this exciting mission with the help of WaveNet, a speech synthesis model powered by its DeepMind AI. The model samples human speech and models audio waveforms from it, creating different responses to for different queries of the end users.

Availability
However, Legend's voice won't be there forever

While it is exciting to get weather updated in Legend's voice, you should note that the feature won't be available forever. Google has said that the singer's voice is available as a cameo for a 'limited time in the US'. Either way, the development clearly indicates we might get more celebrity cameo voices on Assistant in the near future.