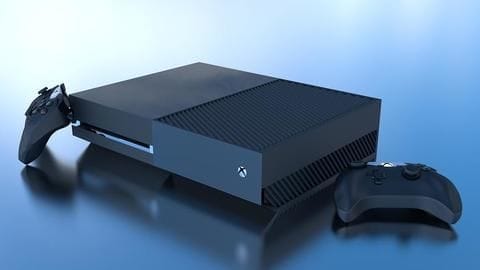 Gaming lovers, rejoice! A new report has indicated that Microsoft is working on a mini Xbox, an affordable version of its popular gaming console. The device will probably cost $60 (Rs. 4,100 in India) and leverage the power of cloud to seamlessly stream graphic intensive titles on televisions. Here's all we know about it.

In a recent video, Thurrott.com's Brad Sams claimed Microsoft is working on a cloud console box on the basis of insider reports. He said this would be a low-power, low-latency device that would connect with Microsoft xCloud, a cloud gaming service, and stream graphics-intensive titles on your television. This way, you'll be able to play games by leveraging Microsoft's computing power, not the console's.

Function
So, what the console would do?

Unlike regular consoles that use their own processing power for gaming, the mini-Xbox would probably connect with your controller, xCloud to serve as a bridge for cloud gaming. It would stream games where basic stuff like moving a character in a virtual 3D environment would be handled by the box, while all other graphics-intensive elements (from textures to renderings) would be streamed from xCloud.

Competition
It could be going against Google Stadia

The cloud console, when available, could make an ideal competitor for Stadia, Google's own game streaming service. Not to mention, it may actually offer a better experience than Stadia because you will be using xCloud to stream games on your TV rather than a desktop or PC browser. Microsoft's pricing strategy will also define how the service fares against Stadia.

Launch
No word on launch yet

Having said that, it is important to note that Sams' report only shows that a mini Xbox for cloud gaming is in development. Microsoft has not commented on the report and there is no official word on when or if the device will launch in the market. Notably, the company already plans to launch a high-power Xbox console named Scarlett next year.