This is the world's 'coolest' LEGO set. Literally! 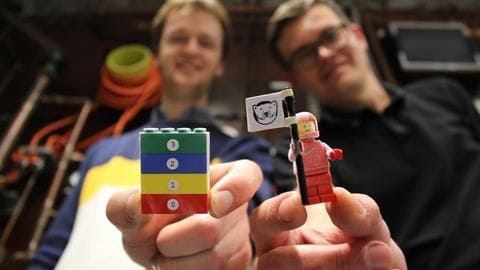 When you look at LEGO bricks, you see simple toys designed to create some really cool stuff. Weird as it sounds, some physicists are now considering the exact same bricks to build something bigger, say, like the coolest fridge in the world or perhaps even a quantum computer. This is because they think that LEGO sets are thermally much stronger than they previously thought.

In this article
Cooling

Just recently, a group of physicists at Lancaster University in the UK conducted an experiment to see how LEGO would behave in the coolest environments. So, they placed a LEGO astronaut figure and four bricks in a dilution refrigerator, which is a cryogenic machine capable of taking objects close to absolute zero (-459.67°F or -273.15°C) or the lowest temperatures possible.

Normally, temperatures close to absolute zero, essentially 1,000 times cooler than deep space, would have disintegrated an object. However, in this case, the plastic LEGO sets survived and came out in the same shape/size as before. This not only made them the world's coolest LEGO pieces but also led the team to believe that material used to build them has intriguing thermal properties.

Better thermal insulation than other materials

In a study detailing the observations from the experiment, the researchers concluded that the material of the LEGO sets, Acrylonitrile Butadiene Styrene (ABS), has better thermal insulation at temperatures close to absolute zero than other bulk materials. "The clamping arrangement between the Lego blocks causes the Lego structures to behave as an extremely good thermal insulator at cryogenic temperatures," said team leader Dmitry Zmeev.

This could aid the development of next-generation cryogenic refrigerators

Now, owing to these properties, the researchers posit that this LEGO material could eventually be used as a low-cost solution to building cryogenic refrigerators or quantum computers of the future. For now, the team is working on the next step: developing a more sophisticated structure from ABS in order to test its use as a new thermal insulator.