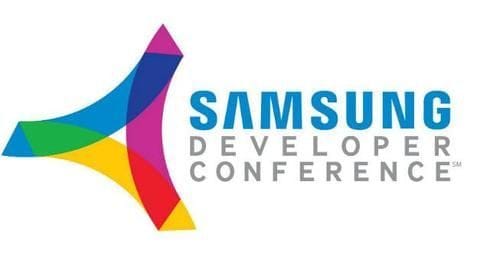 After a long wait, Samsung has finally given a glimpse of its much-hyped foldable smartphone. The device, showcased at the company's fifth annual developers conference, packs a tablet-sized display that folds into a regular candy bar form, The Verge reported. Samsung has said the device will run Android out-of-the-box but there's still no word on its pricing or specifications. Here are some details.

At the event, Samsung kept the phone in a specialized container and dimmed the lights to protect its design elements. However, the South Korean giant did highlight some of the possibilities the phone could enable with its new 'Infinity Flex Display'. When unfolded, this screen looks like that of a 7.3-inch tablet, but on being folded, it takes the form of a regular phone.

Here comes the interesting part. As and when the device is folded, the bigger display goes away and a smaller 4.58-inch 'cover' display comes up. This screen would work just like a regular one, giving the user a choice to switch between the tablet or the phone mode. When the phone is unfolded, the cover display would again turn black.

"Compared to the Main Display, the experience is more ... optimized for focused and handy and quick access and interaction, to leverage the small screen," Jisun Park, Engineering Director at Samsung Mobile, told CNET. "Unfolding the phone provides more information with visual cues".

While showcasing the concept, Samsung stressed that the foldable phone will come with something called Multi Active Window. The feature will enable the device to run up to three apps at the same time in the tablet mode, like what we see on Windows 10. Samsung also showcased how apps like Flipboard could leverage the extra screen real estate to provide more information.

Android support
And, it will be supported by customized Android

Samsung didn't reveal much about the hardware side of the device, but the company did confirm that the phone will run Android OS out-of-the-box, but a special one. Google has made its support for foldable display technology official, noting that it is working with developers to customize existing Android features to work on foldable displays.

Launch date
No details on launch or price

Though Samsung has showcased the working of its foldable phone, there's still no word on its pricing or availability. Samsung says it will be mass-producing the Infinity Flex Display in the coming months, which means we could expect a launch sometime next year. Also, it is likely the final device would be much sleeker and toned version of what we saw at SDC.