Xiaomi Redmi Note5 Leaks: What do we know so far? 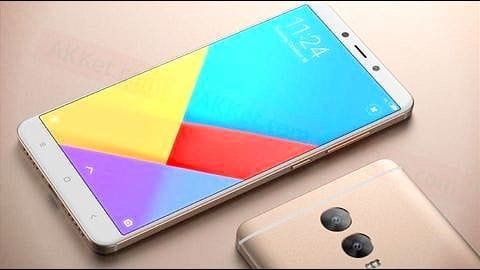 Ahead of the expected launch of Xiaomi's much-awaited Redmi Note 5 at the upcoming Mobile World Congress 2018 this month, the alleged renders of the smartphone have surfaced online. The images leaked by TargetYouTube shared several details about the device's design and specs, revealing an 18:9 display with thin bezels and vertical dual camera setup. Here's what the phone is going to offer.

Xiaomi had a great 2017, and now the Chinese device maker reportedly has some huge announcements lined up for 2018, one of them being Redmi Note 5, which could be the company's first major announcement this year. The successor to Note 4, India's best-selling smartphone of 2017, would come with a lot of impressive specs and features seen on mid-range and premium phones.

The alleged renders of the Redmi Note 5 suggest the phone will feature a 5.99-inch display with a 2160x1080 resolution and an 18:9 aspect ratio with very slim bezels on the top and bottom. It would be powered by Qualcomm Snapdragon 636 SoC paired with 3GB/4GB RAM and 64GN onboard storage. It is expected to pack a 4,100mAh battery with Quick Charge 4.0 support.

The upcoming Xiaomi flagship, Redmi Note 5, is expected to be priced around CNY 1,499 (approximately Rs. 15,300). It would be available in three color variants: grey, black, and blue. However, Xiaomi has officially not confirmed any details about the phone yet.

Coming to optics, Redmi Note 5 is expected to have an 8MP front camera and vertically-aligned dual camera on the rear panel with a 16MP sensor and a 5MP depth sensor for DSLR-like effect. Also, there's a rear-mounted fingerprint sensor on the back. The dual-SIM device would also come with a 3.5mm audio jack. TargetYouTube says the phone would be released around March-April 2018.

Meanwhile, what does Redmi Note 4 have to offer?