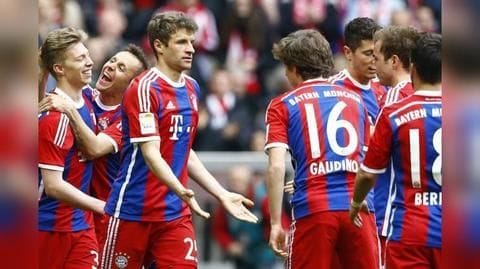 Bayern Munich face an uphill task if they have to stop Real Madrid from reaching the final of the Champions League. They travel to the Spanish capital to lock horns with the defending champions. Injury-hit Bayern will go all guns blazing, but do they have enough firepower to stop Ronaldo and company? Here is our preview to the much-awaited fixture.

Comfortable
Real Madrid have a 2-away goal cushion

During the first leg encounter last week in Germany, the Bavarians drew first blood through Joshua Kimmich but the Madridistas hit back courtesy of goals from Marcelo and Marco Asensio. The two crucial away goals would make it difficult for Germans to overturn the deficit. They must score at least twice at the Bernabeu.

Zidane has ensured that his men are 100% fit and ready after resting his regular starters during the 2-1 win against Leganes in La Liga on Saturday. Real didn't look convincing in the first leg win at the Alliance Arena, considering they spent most of the time in their own half. They will be hoping that is not the case tonight.

Bayern, on the other hand, are struggling due to injuries sustained by Arjen Robben, Jerome Boateng, Javi Martinez and David Alaba. However, they will head into this fixture with full confidence after beating Frankfurt a couple of days back. But the only concern is will these tired legs perform tonight?

Treble dreams
Can Bayern stage an upset at the Bernabeu?

Home comfort and the 2 away goal advantage makes Real Madrid the clear favorites. However, depleted Bayern are eyeing the treble and could draw inspiration from the fact that it was last achieved by them under their current manager Jupp Heynckes. They have done it before and they can do it tonight, but 90 minutes of football and 11 Madridistas stand in their way.