SRH vs MI: Head-to-head, Playing XI and other interesting stats 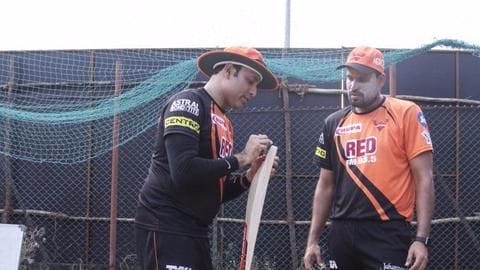 Sunrisers Hyderabad will host Mumbai Indians in their second encounter of the Indian Premier League 2018 season. After decimating Rajasthan Royals in the opener, SRH will be wary of MI since they would looking to make a comeback after their loss against Chennai. Both teams look solid and it's set to be a cracker of a contest in Hyderabad. Here is our pre-match report.

SRH and MI have played against each other 10 times in the IPL and both teams have gone on to win five matches each. In Hyderabad though, the hosts have had an edge. Out of five matches, they have won three. There is a thin line to separate the two sides with both being compact and sound. Fans should be expecting a thriller.

Last season, Sunrisers Hyderabad won 6 out of 7 home games in Hyderabad. They also beat Mumbai at home by seven wickets here in the 2017 edition. This season, too, they thumped Rajasthan Royals in their opener here by nine wickets.

A crunch battle
SRH need to be wary of wounded MI

Mumbai must have been devastated after losing their opening encounter against Chennai Super Kings. They had all the momentum, before Dwayne Bravo's heroics swept them away. One will expect Rohit Sharma and Co to come out stronger and make amends. What bodes well for SRH is they have a power packed squad and can rise up to the threats MI possess.