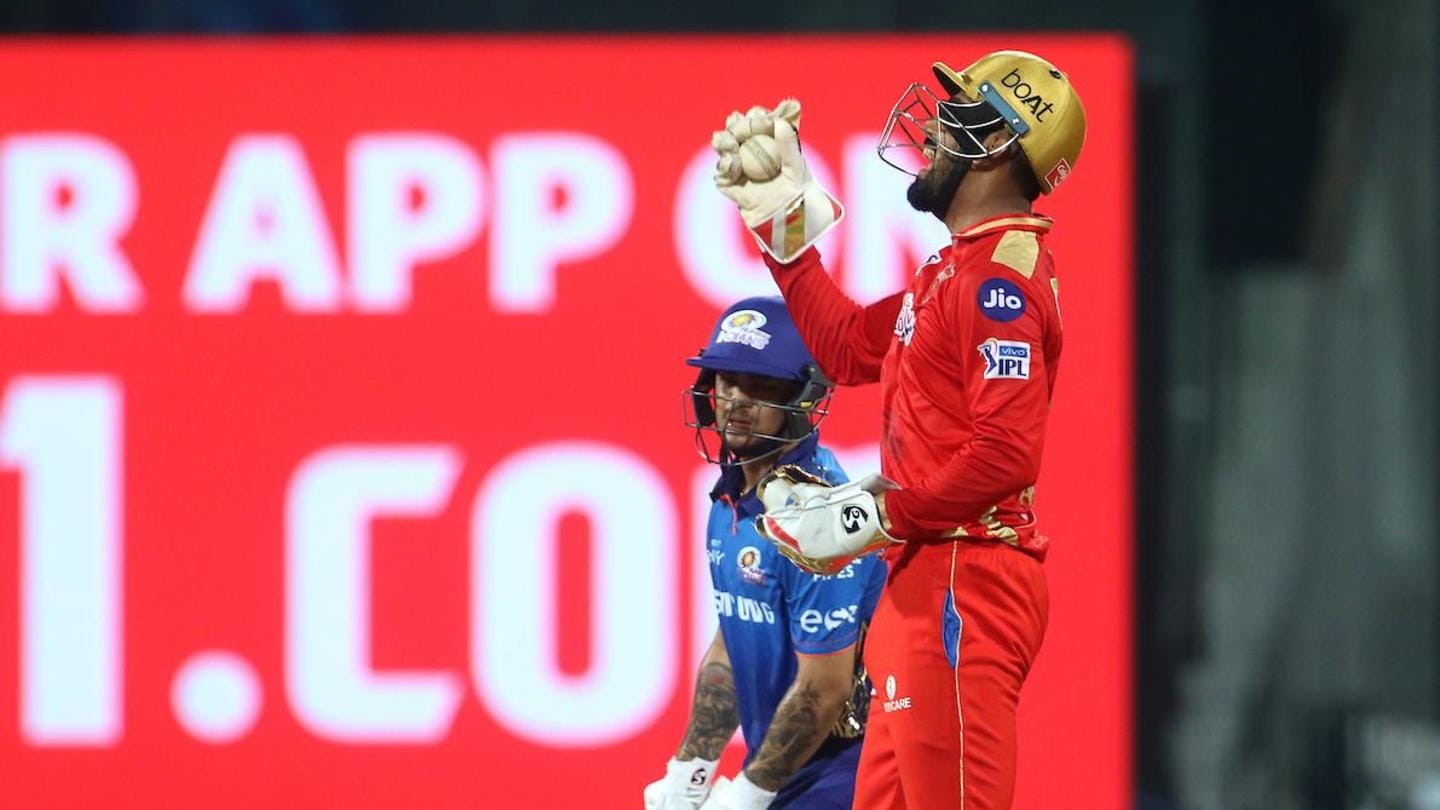 Punjab Kings defeated champions Mumbai Indians in match number 17 of the Indian Premier League (IPL) 2021 season on Friday. Put into bat, MI posted a low score of 131/6 in 20 overs at the Chepauk Stadium. Mohammed Shami and Ravi Bishnoi (2/21 each) were terrific. In reply, the PBKS batsmen batted sensibly to win by nine wickets. We present the records broken.

In this article
PBKS vs MI

PBKS get past the line against MI 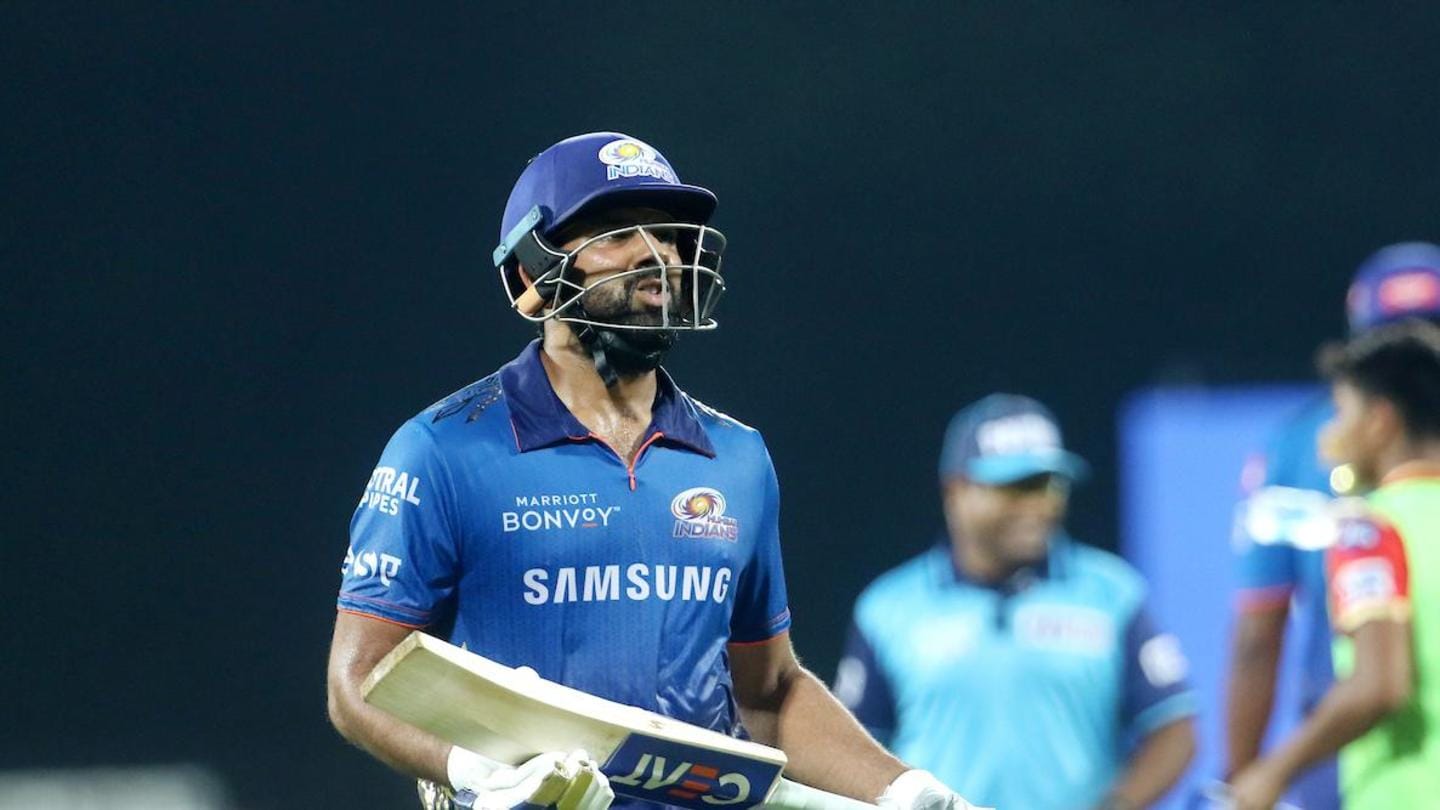 MI struggled in the powerplay overs, managing to score just 21 runs for one wicket. They were reduced to 26/2 before Rohit Sharma and Suryakumar Yadav added 81 runs for the third wicket. However, PBKS hit back and got wickets to hurt MI. The KL Rahul-led PBKS got past the 132-run target after the skipper himself made sure he stayed till the end (60*). MI captain Rohit Sharma hit a splendid 52-ball 63, amassing five fours and two sixes. The senior opening batsman slammed his 40th fifty in the IPL. Rohit became the fourth batsman to surpass 5,400 runs in the competition (5,431). The former Deccan Chargers player has raced to 4,261 runs for MI, hitting his 32nd fifty in the process.

Rohit scripts these records as well 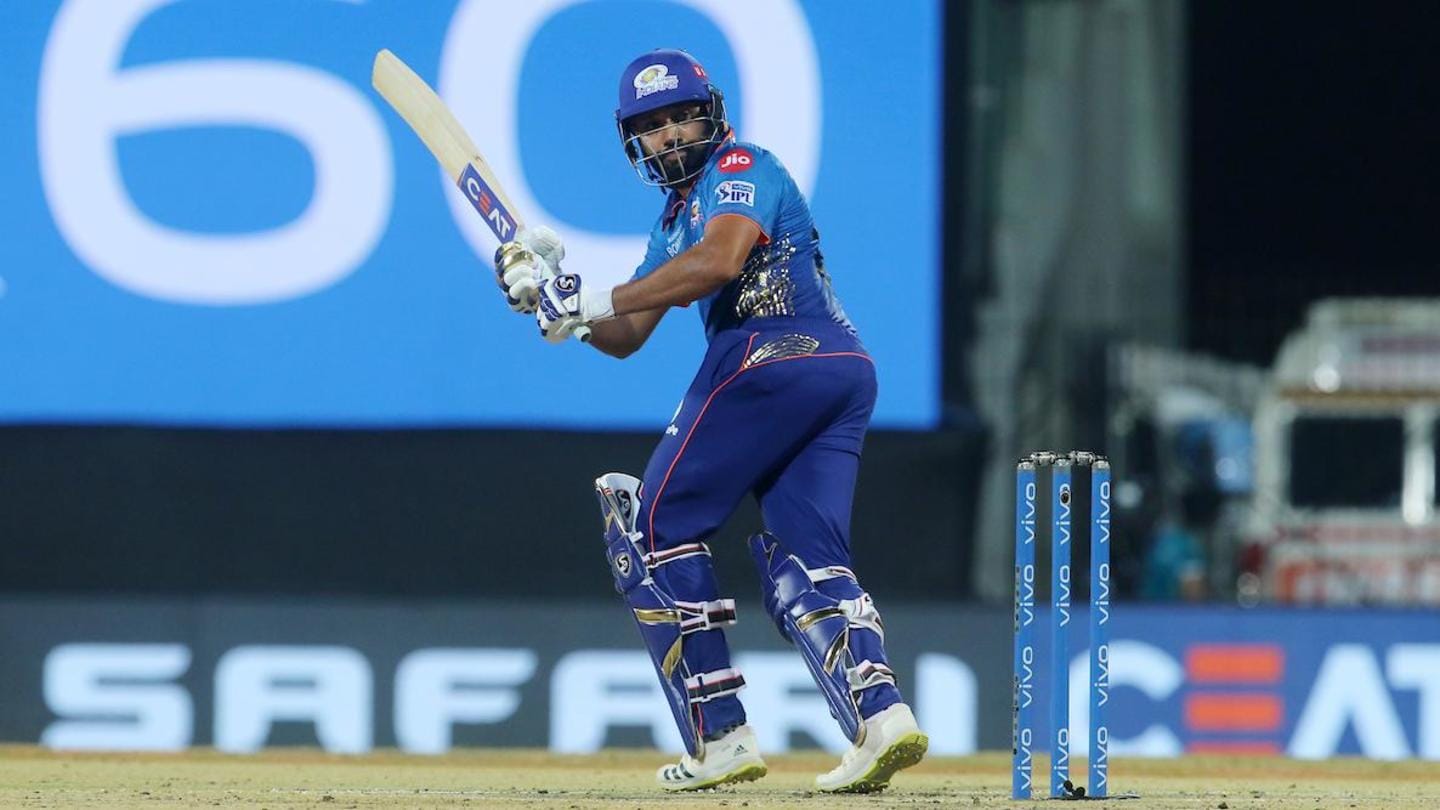 Rohit is now the sixth-highest run-scorer against Punjab in the IPL. The Team India vice-captain has raced to 732 runs at 34.85. He went past Gautam Gambhir's tally (730). Rohit also slammed his seventh fifty against Punjab. Interestingly, Rohit batted for the 200th time in the IPL. He has become the first player in the IPL history to accomplish this milestone. 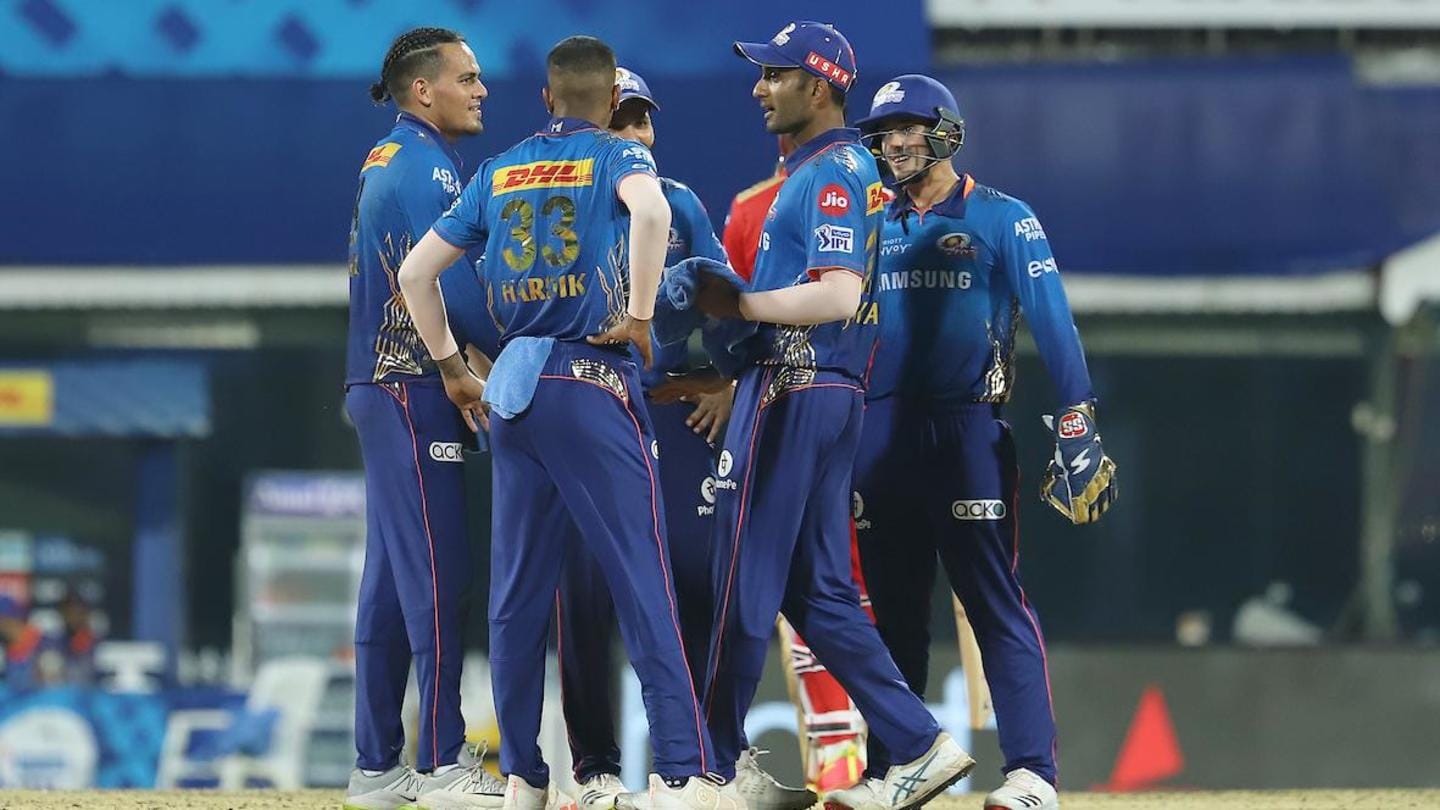 Mohammed Shami claimed two wickets for 21 runs. Shami has 66 wickets in the tournament and has surpassed former RCB and KKR star Jacques Kallis (65). Shami has now claimed 11 wickets against MI. In five matches this season, MI spinner Rahul Chahar (1/19) has raced to nine scalps. He is now the second-highest wicket-taker this season, surpassing his brother Deepak Chahar (8). 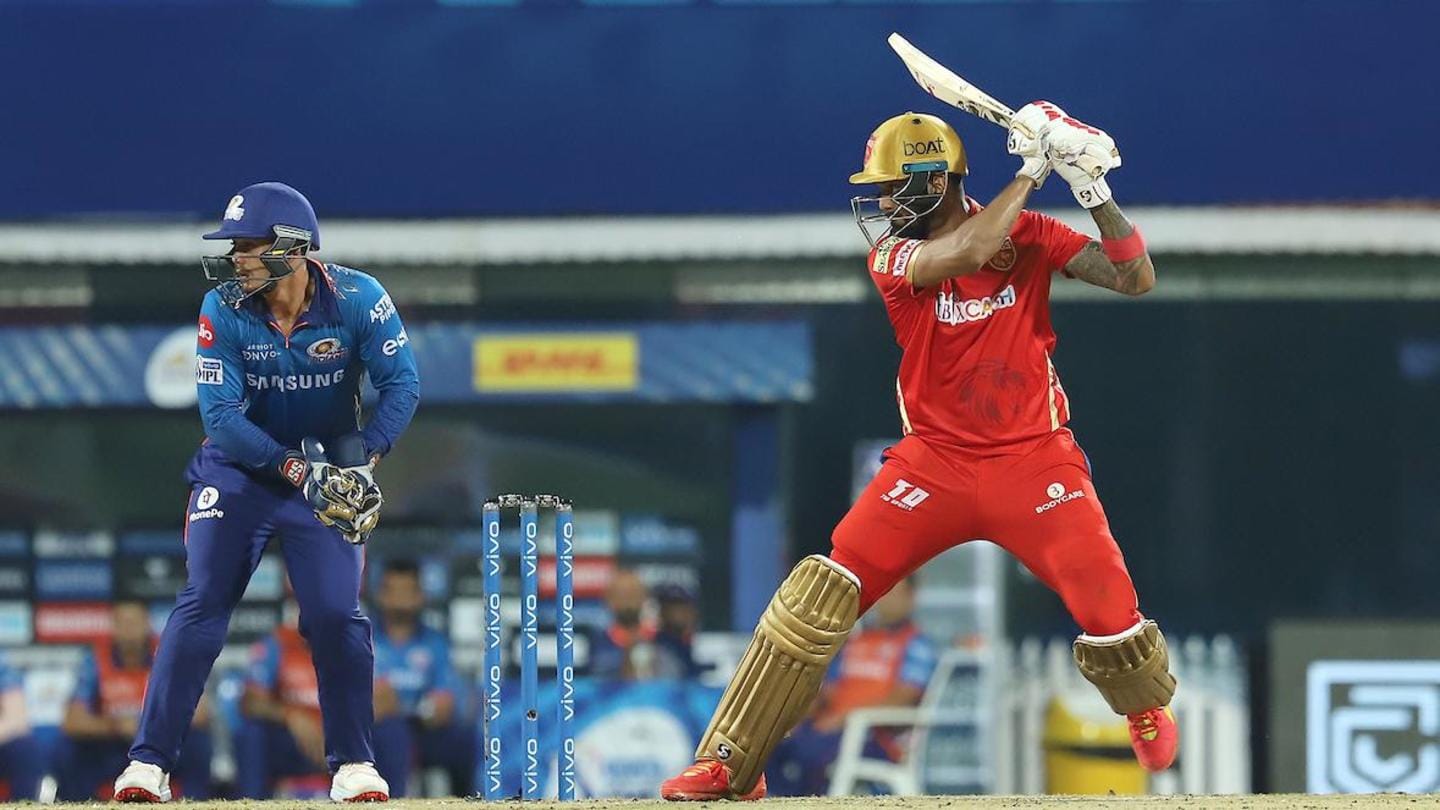 KL Rahul joined Shikhar Dhawan and Rohit Sharma in terms of surpassing 200 runs in IPL 2021. The PBKS captain is now the second-highest scorer this season. He slammed his third IPL fifty in IPL 2021. Rahul registered his 24th career IPL fifty and a fifth against MI. He has become the eighth player to surpass 600 runs against MI.

Rahul gets past 250 IPL fours

Rahul has crossed the mark of 250 fours in the competition (252), besides going past the tally of Parthiv Patel (2,848) in terms of runs (2,868). Meanwhile, Rahul has now hit four fifties and a century against MI in his last six innings.