Olympics is the greatest sporting event and spectacle on the globe. The event consists of a number of sports as athletes from around the world compete for the ultimate glory, for themselves and their nation. While it does produce a number of top performances, there have been some embarrassing moments as well, as we take a look at some of them. The 1988 Olympics had already seen a controversy as North Korea withdrew from it, since it was hosted by South Korea. In order to promote peace, the opening ceremony at Seoul saw a number of doves being released. However, the doves sat on the giant Olympic torch. To make things worse, it was lit up as the doves were seemingly burnt alive.

This can be termed both embarrassing as well as a weird moment. Argentine tennis star Juan Martin del Potro was on his way for a big match on a morning of 2016 Olympics. However, he got stuck in the elevator, while he was out of network service inside it. He remained stuck there for 40 minutes before being rescued by the Argentine handball team.

Confusion
The Korean confusion during 2012 Olympics 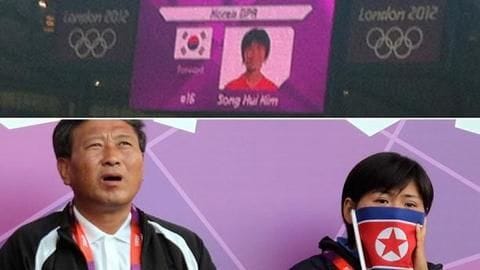 One of the most embarrassing moments happened in 2012, as Olympics organizers messed up big time. While the North Korean female football team walked out for their match against Colombia, the giant screen instead displayed the flag of South Korea. This forced them to go back to their dressing room, while they later took the field following an official apology from the organizers.

Wrong dress
An announcer's wrong choice of dress during 2012 Games

In yet another embarrassing moment, BBC's announcer Helen Skelton made a wrong choice regarding the dress she wore during the 2012 Games. During a medal ceremony, in front of two British gold medallists, she wore a skirt outfit. However, nature was windy as a strong gush of wind blew her skirt, while she was exposed. Oops! The 2012 Games did see quite a few embarrassing moments. The third one on the list comes in the form of a Cuban pole vault participant Lázaro Borges. Having won silver during the World Championships, Borges was aiming for a gold in the Olympics. However, during the event, his pole snapped and broke, as it cost him a place in the finals.