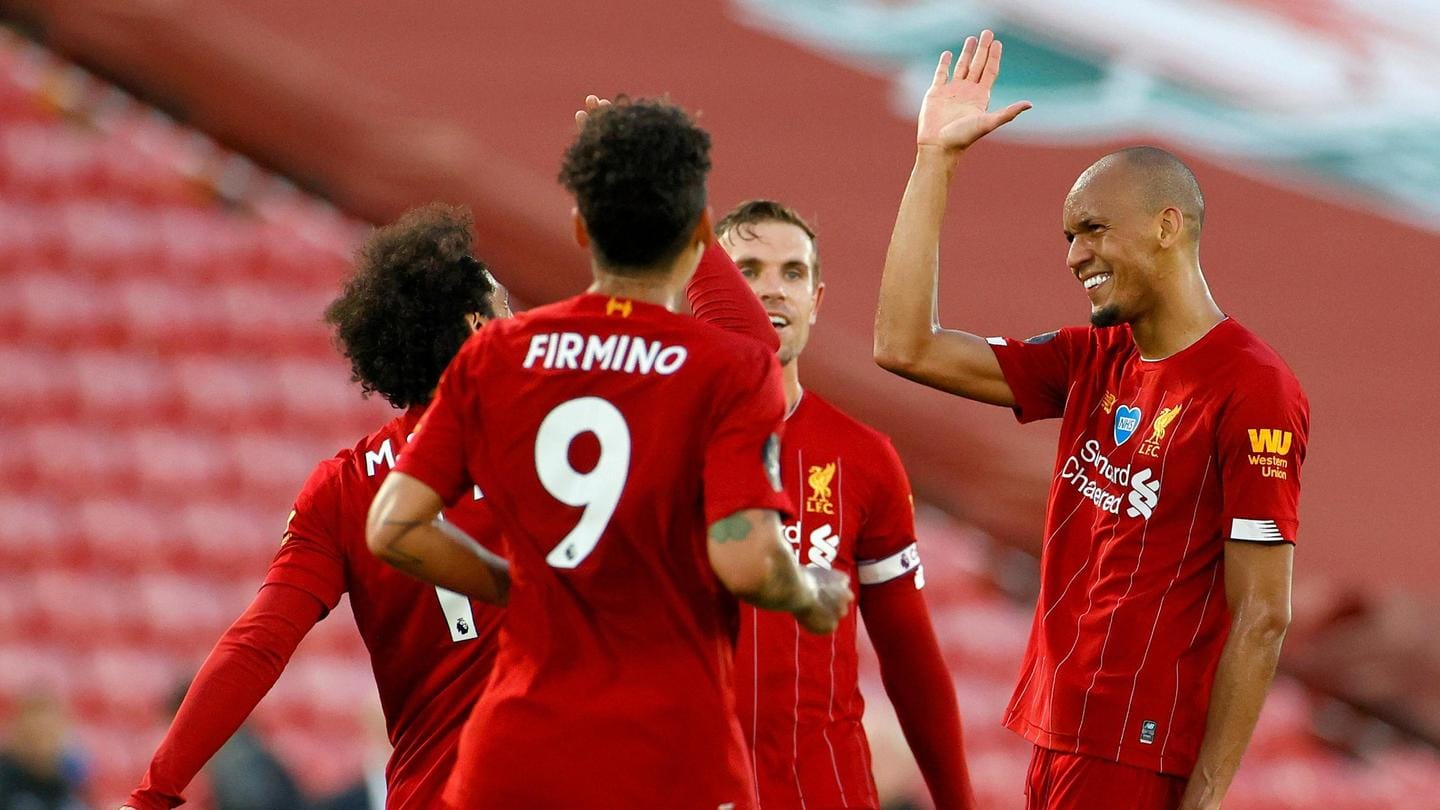 Liverpool are now within touching distance of lifting their maiden Premier League title. The Reds thrashed Crystal Palace in gameweek 31 of the EPL 2019-20 season. After drawing against Everton in gameweek 30, Liverpool were back to their sublime best in the first game at home post football resumed amid the coronavirus pandemic. Here are the key numbers from Liverpool's 4-0 win. 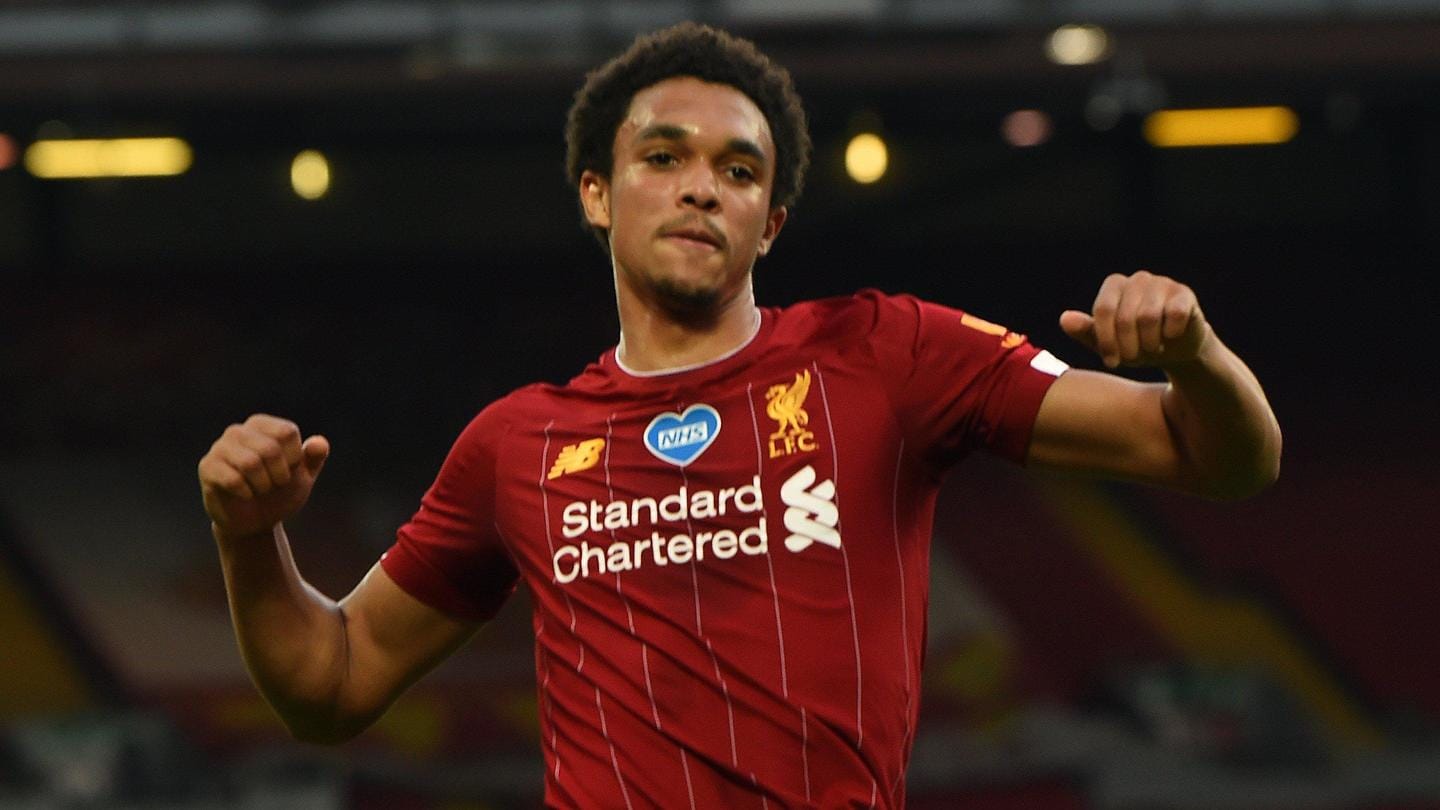 Palace lost Wilfred Zaha with an injury early on to suffer a blow. In the 23rd minute, Trent Alexander-Arnold was on target with a superb free-kick for the Reds to give them the lead. Mohamed Salah made it 2-0 before half-time with a composed finish from a Fabinho assist. The latter scored a screamer from 30 yards next, with Sadio Mane adding the fourth. Liverpool moved to 86 points after 31 games this season. They registered their 28th victory of the campaign. The Reds (70) became the second team after Manchester City (76) to amass 70-plus goals in the Premier League 2019-20 season. Crystal Palace had won four successive league games prior to this heavy defeat. They remain ninth in the table. 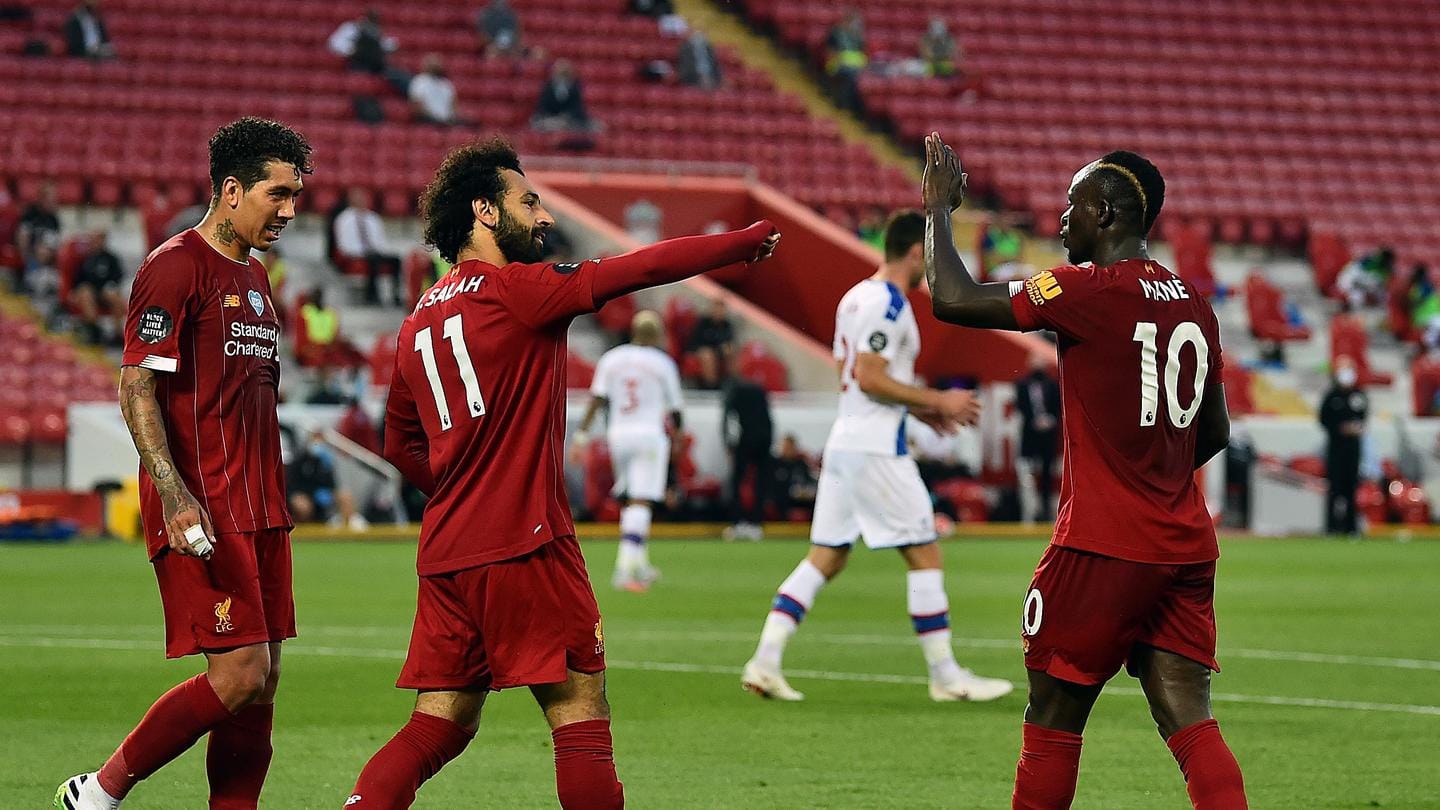 Since making his Premier League debut in December 2016, Alexander-Arnold amassed his 30th goal in the competition. Mane is now the 10th player to score in six consecutive EPL appearances against a single opponent. He became the second to do so for Liverpool after Salah. Fabinho appeared in his 50th Premier League match. Notably, Liverpool have won 41 matches out of these 50 games.

EPL: Salah has 17 goals under his belt this season

Salah registered his 73rd career Premier League goal (71 for Liverpool). He now has 26 assists in 114 appearances. The Egyptian raced to 92 goals in just 145 appearances for the Reds. Salah now has 17 EPL goals this campaign and 21 overall across competitions.