Home / News / Sports News / RR vs KKR: Whom to pick in your Fantasy XI?
Sports

RR vs KKR: Whom to pick in your Fantasy XI? 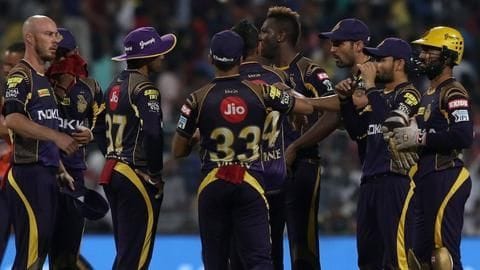 The Rajasthan Royals will host Kolkata Knight Riders in match number 15 at the Sawai Mansingh Stadium in Jaipur. Both teams have two wins under their belt and will be hungry to keep the winning momentum going. The two sides have some quality players but you can pick just 11 in your fantasy team. So whom should you pick for this big game?

We have opted to go for 4 batsmen. Kolkata's Nitish Rana has been in red-hot form and should be a part of your Fantasy XI. Robin Uthappa too has shown a lot of promise in the previous games while RR captain Rahane's consistency makes him one of the best picks. Finally, Sanju Samson's heroics against RCB earns him a spot in our XI.

Sunil Narine, Andre Russell and Ben Stokes will be our 3 all-rounders. Narine is a good bet because there is a good possibility of him scoring runs. He has also bagged 7 wickets at an economy of 5.46 so far. Russell is one of the mightiest finishers modern day cricket has seen. The West Indian has scored 153 runs at a strike-rate of 239.06.

Veteran spinner Piyush Chawla should come good at the Sawai Mansingh Stadium in Jaipur. Ben Laughlin will be the lone specialist pace bowler in our XI. Young spinner Shreyas Gopal was impressive against Royal Challengers Bangalore and thus earns a place in our XI. Dinesh Karthik will be our wicket-keeper ahead of Jos Buttler.

If you want maximum points out of this XI, the safest bet would be to make Russell your captain. The West Indian is in good form and one thing is for certain, he can clear the ropes with ease and bag wickets with the ball as well. Rajasthan's Ben Stokes will be our vice-captain as he has similar abilities like Andre Russell.