WWE: Ranking the best King of the Ring matches

WWE has introduced a number of stipulation-based matches and interesting tournaments over the years. One such tournament which has enchanted the fans, across the globe, is the King of the Ring. As WWE prepares for the return of the tournament on Raw next week, we rank the best King of the Ring matches of all time. It might not look like an obvious choice. However, given the talent involved and the way both Chris Jericho and Kurt Angle presented the match, it was one of the best of the tournament. What made it even more interesting was that Stephanie McMahon got involved in the match as the McMahon pulled off another screwjob, which was sold beautifully to the fans.

Bret Hart was well-known for his deadly finishing maneuver, The Sharp Shooter. However, during the 1993 tournament, he was informed that he was not to win using The Sharp Shooter. This put him in an interesting situation, especially against Razor Ramon. However, Bret pulled off an incredible match, while he countered Ramon's backward Superplex to pin him. Despite injuries, Bret sold the match well. 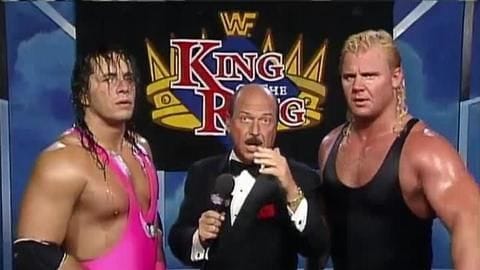 Bret's night continued in 1993 semis against Mr. Perfect. Both the men had something up their sleeve to take out their opponent as they continued to exchange blows. At one point, Perfect seemingly had Bret in a position where he could have pulled off a win. However, Bret's sharp skills allowed him to win via pinfall.

Ken Shamrock was one of the most athletic superstars in the company, back in the 90s. A year into the company, he had remained almost unbeatable, except to The Rock. However, when the time came for Shamrock to shine, it was done in the best possible way, as he put on a tough fight against The Rock and beat him clean via Ankle Lock. 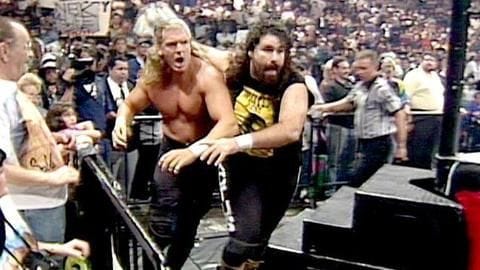 Now, this one's strange as the fans deemed it 'boring'. However, two of the most destructible superstars in the form of Mankind and Triple H just stole the show with their profound in-ring skills. While Mankind was gold as always, throwing himself in the harm's way on a number of occasions, Hunter's sound abilities allowed him to script a historic win.