Being a YouTuber is the new cool these days. According to Forbes, YouTubers or Vloggers are more likely to influence public than traditional celebrities. And, this 7-year-old boy proved that age is no bar as he's the highest paid YouTube star. Forbes recently reported that Ryan of Ryan ToysReview, a YouTube channel where he reviews toys, made $22mn (approx Rs. 155cr) between June 2017-2018.

About
Ryan reviews toys, food products for his over 17mn followers 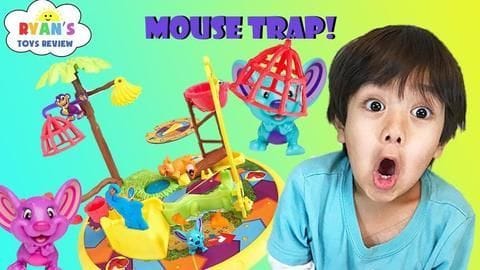 Ryan is a simple kid like every other first-grader out there. He enjoys playing with toy trains and cars and giggles over Disney characters. Except that he does it in front of a camera, which is then uploaded on his YouTube channel for his over 17 million followers. Ryan reviews toys, food products, and his enthusiastic commentary have made him a millionaire.

Details
Channel launched in 2015, most followers are elementary school children

Ryan and his parents launched his main channel, Ryan ToysReview, in March 2015. His parents also feature in his videos at times. Ryan ToysReview is a part of the YouTube trend of unboxing toys, tech products, and other goods. And, in Ryan's case, he is allowed to scream, gasp and giggle with delight. His millions of followers are mostly elementary school children like him.

Earnings
Maximum money comes from pre-ads, some from sponsored posts

About $21 million of his earnings comes from pre-roll advertising on his channels Ryan ToysReview and Ryan's Family Review. As the views increase, so do these automated ad dollars. The remaining $1 million comes from sponsored posts. Because Ryan is a minor, 15% of Ryan's earnings are funneled into a Coogan account, which is protected until he becomes an adult.

Ryan also earns off-screen. He signed a deal with kid's entertainment studio Pocket.watch last year. Thereafter, deals began rolling in. In August, the kid signed a deal with Walmart to sell his custom-made toy line 'Ryan's World' across 2,500 of its US stores. Two months later, it was announced that content from his channel will be repackaged and distributed on Hulu and Amazon.

Set for life
Even if Ryan shuts his channel, he's got enough money

The 7-year-old millionaire has now made us wonder- what are we doing with our lives? It's funny to imagine that at his age all we did was watch Mowgli on DD National on Sundays. Wondering what happens if Ryan shuts his channel? Well, his managers will surely be not happy, but little Ryan got enough money to last 100 lifetimes.